On Tuesday, college students from around the country filled the banquet room at the North American International Livestock Expo in Lousiville, Kentucky, to anxiously await the results from the 114th National Collegiate Livestock Judging Contest. In a clean sweep of all species and reasons, Oklahoma State University clinched the title in for the third year in a row. When asked what this win and team meant to Coach Blake Bloomberg he said, “it is a true honor to have the opportunity to work with such outstanding young people. Their drive and dedication were second to none. They had so many near misses and fired on the last day. Proud to be their coach and to call them family.” Bloomberg, who has lead the team to many national championships, including the last three years, was also selected as Coach of the Year by the National Collegiate Coaches’ Association for the seventh time. Oklahoma State University’s livestock judging team won its first national championship in 1925 when the team claimed victory at the International in Chicago. 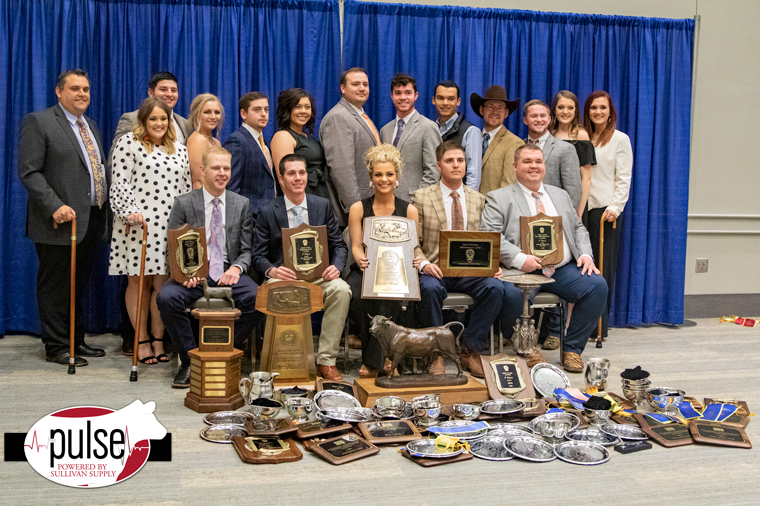 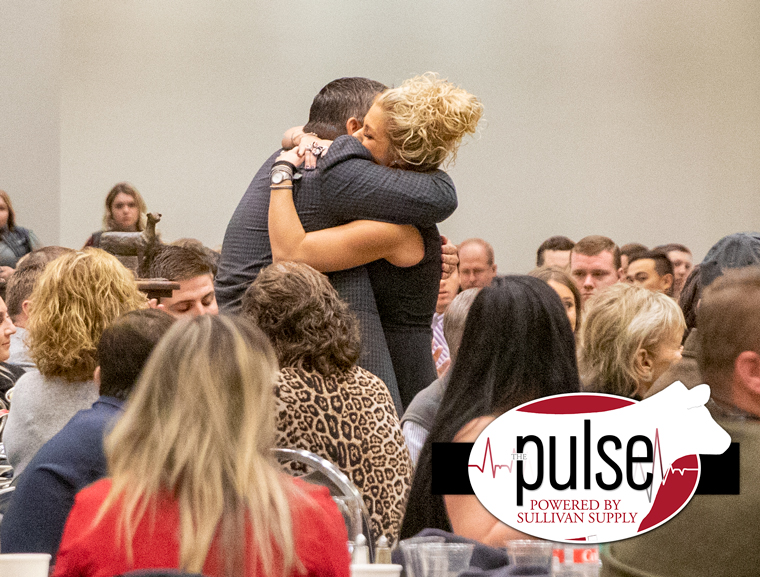 What made you want to judge livestock in college?
My parents, Lorie and Danny Kempen, instilled a strong passion for the livestock industry in me at a very early age. I remember showing up to my first judging practice in Chuck Real’s front lawn, and from that moment on I was hooked. I had someone very near and dear to me early on tell me that livestock judging was not for girls, and regardless I wouldn’t have a big enough last name to make it anyway. So, it was only natural for me to want to pursue the love I had for the game at the collegiate level, prove that person wrong, and push myself and my abilities as far as I could go. The fact that I not only won Louisville in Junior and Senior College, but was also the 9th woman to ever win the Senior College event means more to me than I could possibly try to put into words.

What was your mindset going into such a big contest?
I’m not sure there’s a game that requires more mental toughness and stability than livestock judging- it’s one of the reasons I love it so much. I mean at the end of the day you’re just lining up 12 classes of 4 farm animals, but the person that can keep their composure, not let any other schools or people rattle them, and prevent point lossage on hard classes is going to come out victorious. I always told myself it all begins and ends in my mind, whatever I chose to give power to would ultimately have power over me. My ability to stay level minded is why I was rarely out of the top ten and won the big one, twice.

What did you learn from your coach?
I was blessed to be coached by some all-time greats in my opinion beginning with my father Danny Kempen. He instilled a never good enough- hungry for more mindset in me that has propelled me to the top. My 4H coach, Chuck Real, always made sure that no matter the outcome, we remained humble winners and losers. He was also was the guy to teach me everything I knew about hogs. I couldn’t be more grateful for my time under Joe Rathmann and Brice Mund at Blinn. Those guys believed in me in times where I didn’t always believe in myself. Lastly, Dr. Blake Bloomberg. I’m not really sure where to begin, he and I have been through more in the past two years than you can imagine. I knew if I wanted to max out my potential as a judge, I needed to be coached by the best- there’s no doubt the 7-time coach of the year is, in fact, the best. He taught me to never give up and let petty people try to break your spirits. He’s not the easiest cat to put up with, but I can promise you under his extra body wall and over the top personality is the biggest heart. He poured everything he had into our team. And despite all the near misses, he turned the bad news bears into a National Champion- clean sweep team that in the end clearly left no room for doubt.

Is there anyone you would like to thank?
I want to thank my parents Lorie and Danny Kempen. Dad- thank you for stepping up and being the best dad you didn’t have to be. I love you more than you could ever imagine. Mom- you always told me I could do anything I set my mind to. You drug me up and down the road to every contest, show, and event we could think of and made more sacrifices than you probably should. I’m so glad you could be in Louisville and watch a dream, that was dreamt as a little girl, become reality. I love you.

What does being on this team mean to you?
The 16 individuals on my Oklahoma State judging team have become my family. With as many different personality types that walked into the arena our first practice in August of 18, it’s pretty impressive that we all not only get along but love each other as much as we do. We grew a lot as people together, had a lot of hard times together, but still stuck it out and became the best in the nation together. I would do anything for those people, and am so grateful they welcomed the mean faced, poofy haired, Texan in with opened arms, and made me feel more loved and apart of something greater than myself than I ever thought was possible.