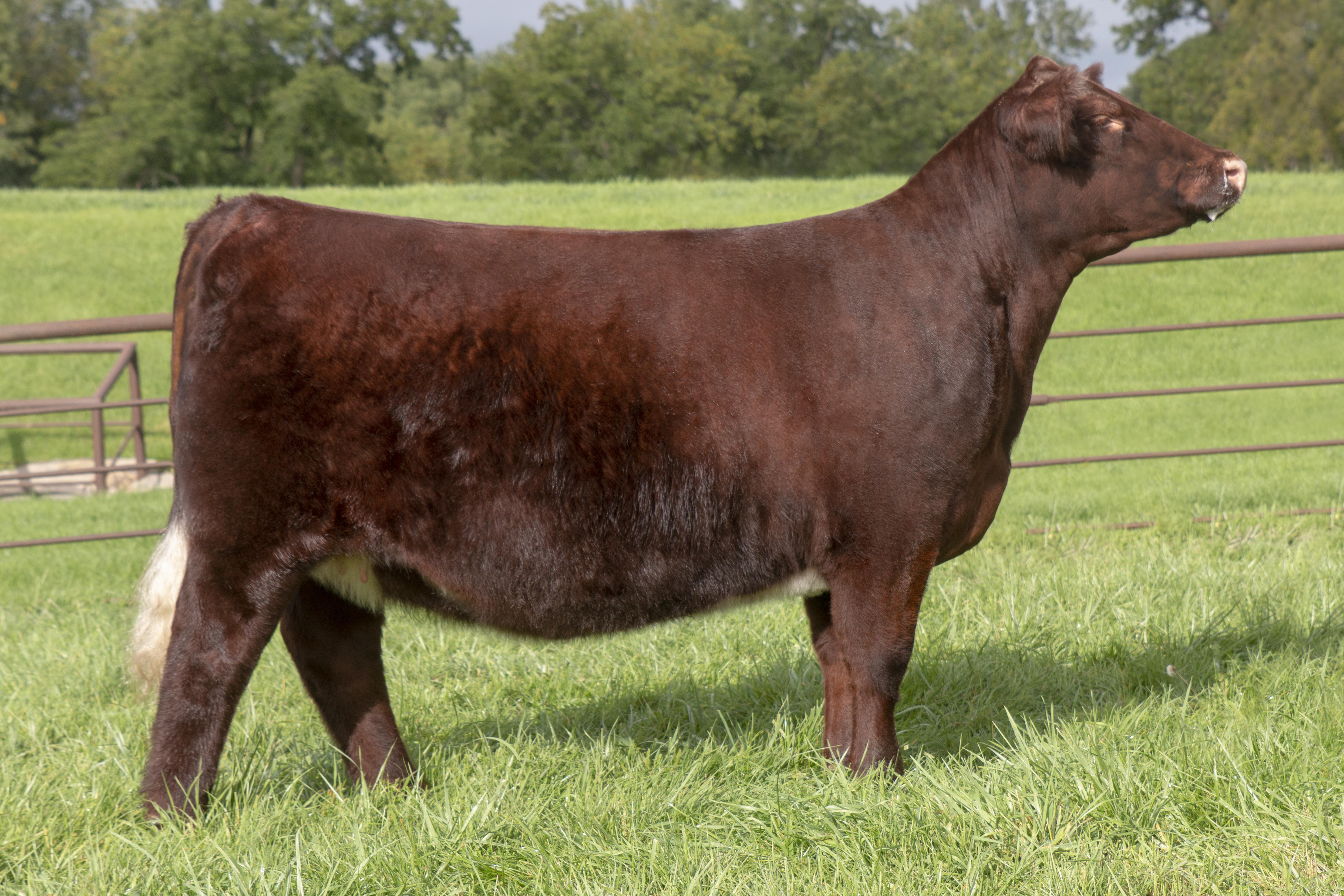 Lot 2 – SULL Maxed Rosa Knights 8044F – SHE SELLS
Sire: SULL Red Knight Dam: SULL Max Rosa 310-1
AI’d to Free K-Kim Hot Commodity and pasture exposed to 3ACES Brilliance 9566 (Angus); Due January 27th, 2020. Your opportunity to add a future star donor to your program. SULL Maxed Rosa Knights 8044f was selected as the 2019 National Jr. Heifer Show Reserve Grand Champion Female. Not only did she have a successful Jr. National outing, she has also seen a lot of success during her young show career as she was selected Calf Division Champion in the Open and Jr. Show at the NAILE as well as the Division Champion at the Jr. Show and Reserve Division in the Open Show for Madison McCormick at the NWSS. She stems from the great Max Rosa 310 that is one the most prolific cows in the breed. Special Note: Sullivan Farms will retain two successful flushes on this great female. 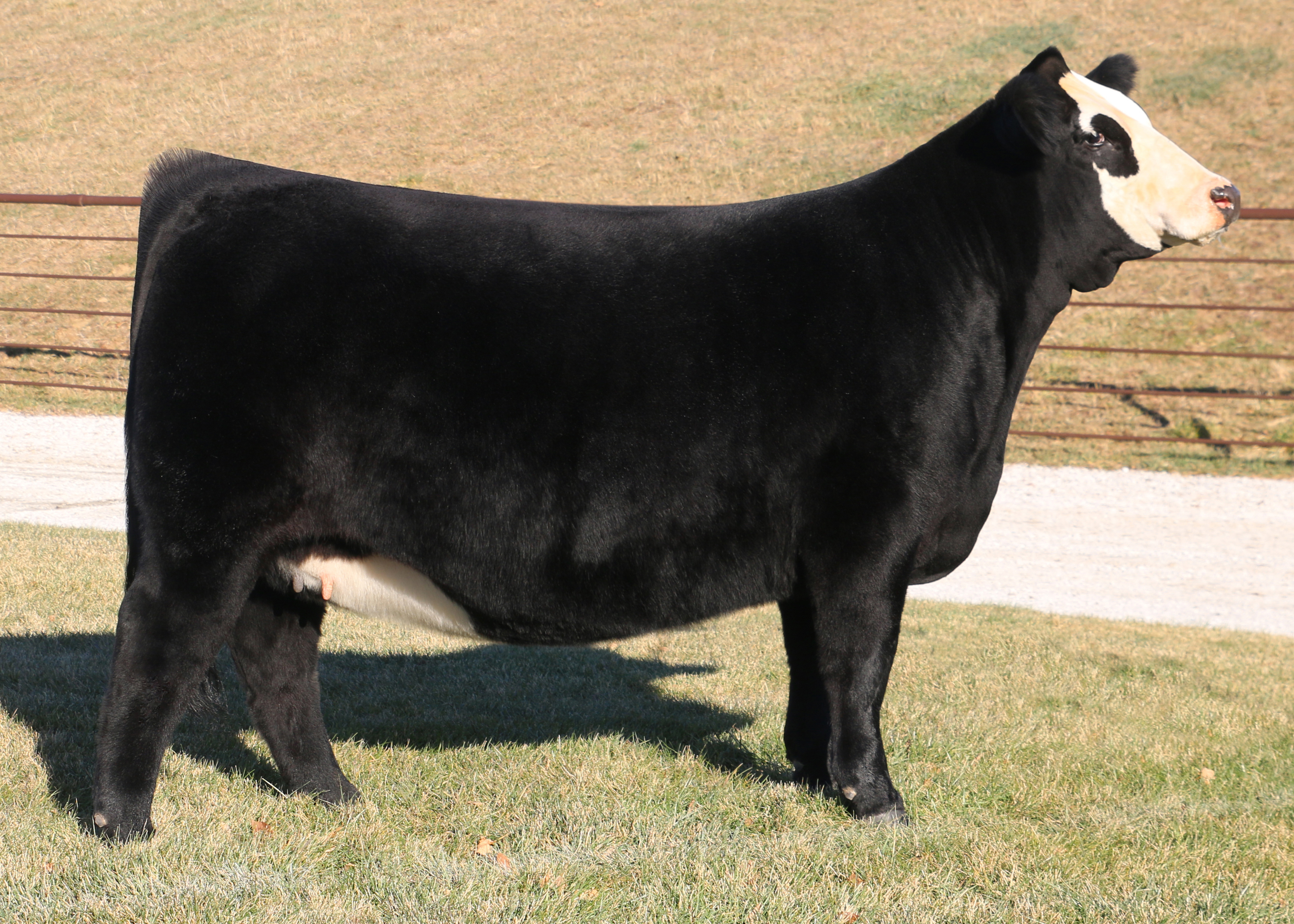 Lot 23 Embryo Package
Sire: Profit – Dam : JBSF Proud Mary
JBSF Proud Mary is quickly proving herself and becoming one of the most consistent donors to ever walk at Sullivan Farms. The Profit/Proud Mary mating was extremely popular and consistent in our 2018 fall calf crop. We had four full sibs to this mating. One sib sold through the 2019 Schaeffer/Tice fall heifer sale for $19,000 that went on to be selected as Division Champion this past summer the National Jr. Heifer in Louisville, Kentucky. Another full sister sold through Sullivan Farms spring/fall heifer online sale for $6,000 to Schaeffer/Tice for a future donor. Sullivan Farms will also be campaigning two full sisters throughout the next year in their show string. Seems like no matter what bull we use on Proud Mary it just clicks. In Proud Mary’s first calf crop her progeny by HPF Quantum Leap Z952 has dominated the show ring. JSUL Mary Is Proud 8047F was Calf Champion and Reserve Overall Purebred Simmental Female at the 2018 NAILE Open Show and she also went on to be selected Grand Champion Simmental Female at the 2019 FWSS Open Show. She was also recently selected as the 2019 Jr. Sweepstakes Show Grand Champion Female. Another HPF Quantum Leap Z952 daughter, JSUL Leaping Mary, campaigned by Makenzie Hickman, sold through the Schaeffer/Tice Sale for $45,000 and has been one of the most successful heifers on the jackpot circuit in the country. Watch for Proud Mary’s new herd sire, JSUL Something About Mary, that we will be promoting this fall. He is a true breed changer! 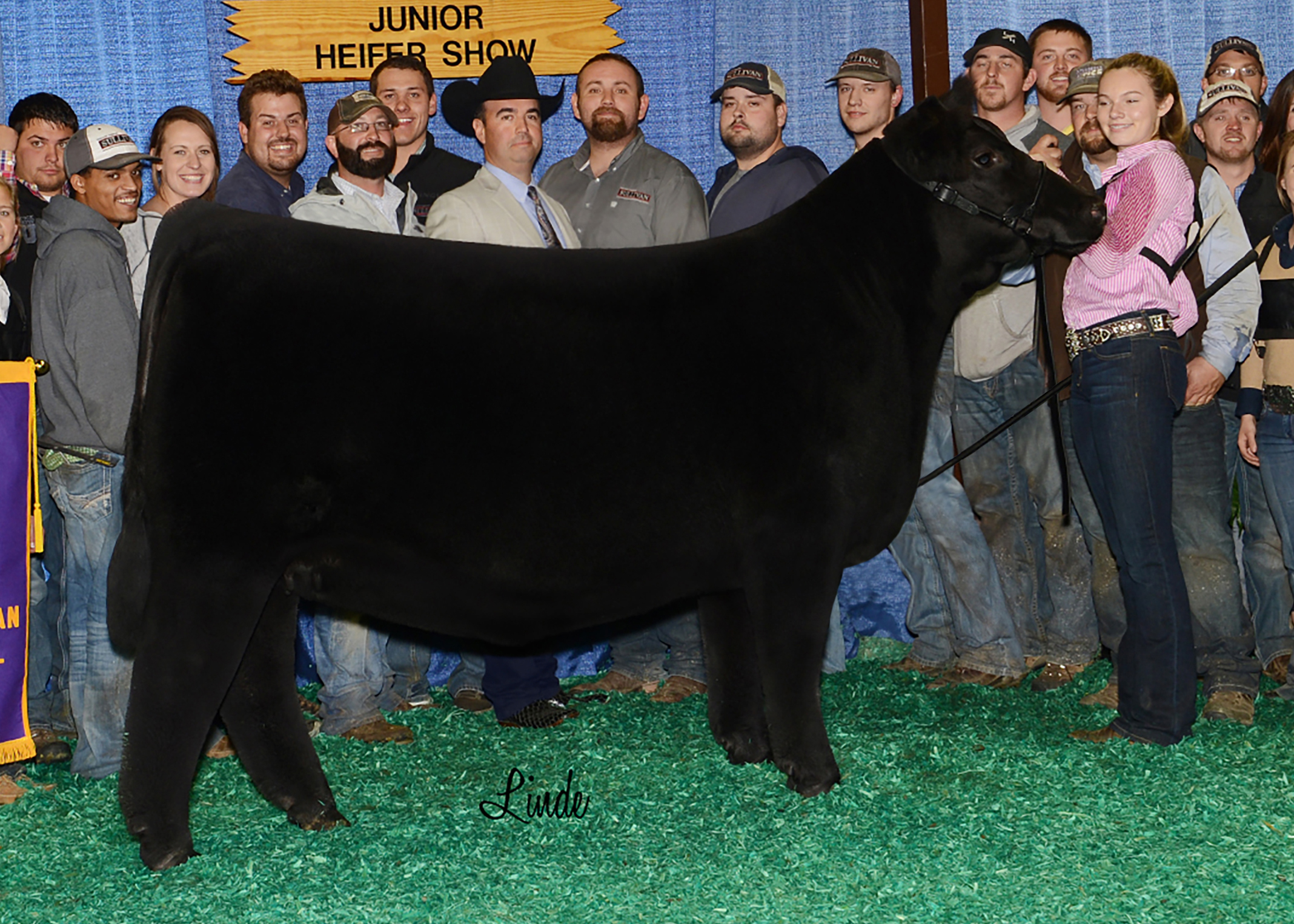 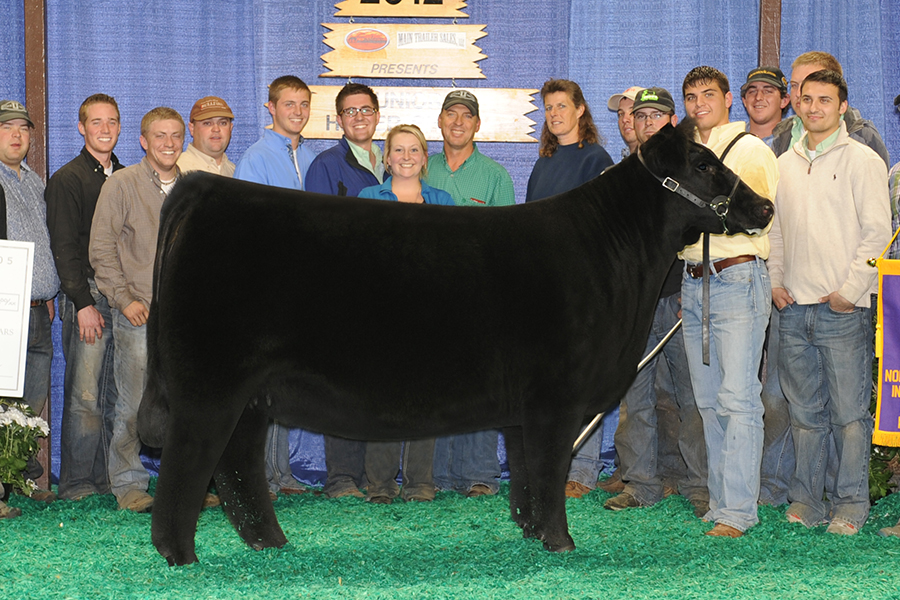 Lot 31 – Full on SSUL Sultry 6640
JSUL Sultry 6640-2 (clone) has produced more National Champions and Supreme Champions at every level than any female in the country. Here is your opportunity to purchase your own IVF Cycle on this incredible donor. Whether you want to produce your
own donor cows or the next Supreme Champion at the NAILE or American Royal, JSUL Sultry 6640 clone has the potential to do just that. She is the dam to the 2017 JSUL Who Dat Raptor that was the NAILE Supreme Champion and 2012 JSUL Who Dat 1602y was the American Royal and NAILE Supreme Champion Female. 2013 JSUL Who Dat Lady was the Champion Chianina Female and is now an elite donor of sale toppers and champions for Schaeffer/Tice. 2014 JSUL Who Dat Ginger was the Champion Chianina Female at the NAILE Open Show and is now an elite donor at Sullivan Farms. JSUL Who Dat Darling was the 2015 Supreme Female at the Iowa State Fair and Aksarben and now an elite donor at Sullivan Farms. She also produced JSUL Who Dat Cat that was Supreme at the 2018 Iowa Beef Expo and was Grand Champion Chianina at the National Jr. Heifer Show and Champion Chianina Female at the NAILE. 2017 JSUL Who Dat Sultry was Reserve Supreme at the Indiana State Fair and was also Reserve And, you probably have heard of JSUL Red Thunder, a dominate donor for the Udell family. All of these are progeny from this great donor!!!! Dominance!!! SPECIAL TERMS: JSUL Sultry 6640-2 (clone) has been a very consistent egg producer and averages around 8 transferrable or freezable embryos Sullivan Farms will guarantee a minimum of 5 freezable or transferable embryos and anything over 5 will be yours. All IVF cycle costs are at buyer’s expense. Sullivan Farms will offer proven IVF quality semen on the following bulls free of charge: BMW Onset, HIGG Franchise 868f, BOE Epic, Colburn Primo, Silveiras Style 9303, and Conley No Limit 8188. Buyer can also use bull of their choice, at their expense. Buyer can choose to put in their own recipes or Trans Ova recipes at buyer expense. All ET work is to be done at Trans Ova in Chillicothe, MO. JSUL Sultry 6640-2 (clone) IVF cycle is available for buyer to IVF right away but it must be done no later than February 1st, 2020. All IVF cycles must be paid in full directly after the sale.