The Story Behind the Monkey

It is a funny story on how the Blue Monkey became the symbol for Sullivan’s Tail Adhesive. We sat down with John Sullivan, Founder of Sullivan Supply and Stock Show University to learn more about the story behind the Blue Monkey logo.  In the early years of, when production began on the very first products for Sullivan Supply, resources were limited, and Sullivan’s had the local Dunlap reporter’s office design all of the labels and catalogs. First up was Sullivan’s Prime Time and the iconic clock was a natural fit, but the challenge came trying to find a logo for Tail Adhesive. “We knew this product had the potential to do big things, and we wanted to have something that was memorable, and that would stand out over everything else” John comment.  When the product came out everyone laughed at the blue monkey that appeared on the can of the strongest adhesive on the market. Initially the thought process was that the tail on the monkey symbolized the Tail Adhesive. After hitting the market, Tail Adhesive sales grew every year, along with the love of the Blue Monkey. A few years down the road it was suggested that the Blue Monkey be removed from the can. We asked John about the suggestion and he said,  “After feedback from customers, family, and friends about how they loved the monkey we knew it was there to stay.” 29 years later the formula for Tail Adhesive, or as some people call it “Monkey Glue” is unchanged and unchallenged in its performance. And that’s when the Blue Monkey became legendary.

“It is unchanged and unchallenged in its performance, legendary for 29 years.” – John Sullivan, Founder of Sullivan Supply & Stock Show University

Monkey Maniacs
The Blue Monkey has become an iconic symbol in the livestock industry. It has become so much of an icon that there have been a few livestock friends that have taken the next step and become Monkey Maniacs. Cash Langford of Indiana and Jim (Little Jim) Young of Tennessee both got tattoos of the legendary Blue Monkey, and we sat down with Cash and “Little” Jim, and asked them the story behind getting his Blue Monkey Tattoo. 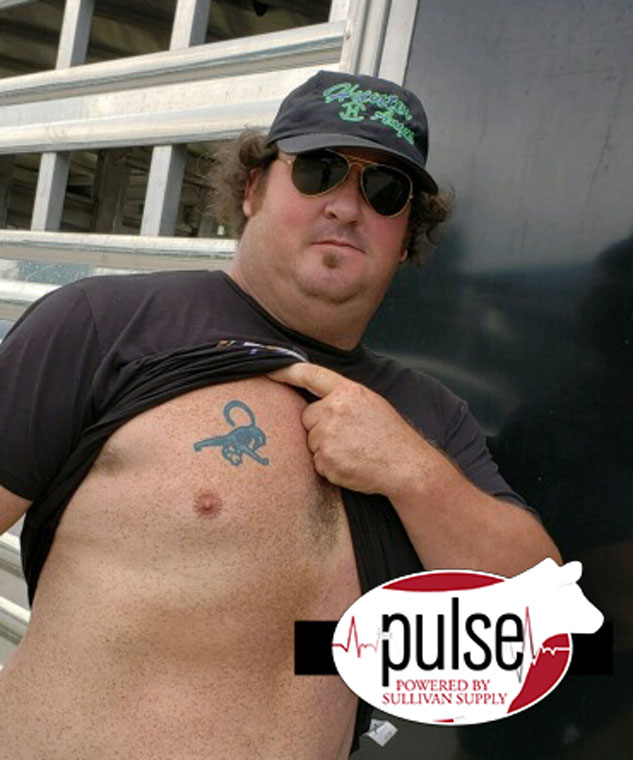 Why do you chose to use Sullivan’s Tail Adhesive?
I’m a firm believer of Tail Adhesive and how well it work. It is easily my favorite show day fitting product.

What’s the story behind getting your tattoo?
There’s no crazy story behind it. I decided I’d get the Blue Monkey tattoo just to show how much I love Tail Adhesive.

What do you think makes Sullivan’s Tail legendary?
Tail Adhesive is legendary for getting one honed in on show day. 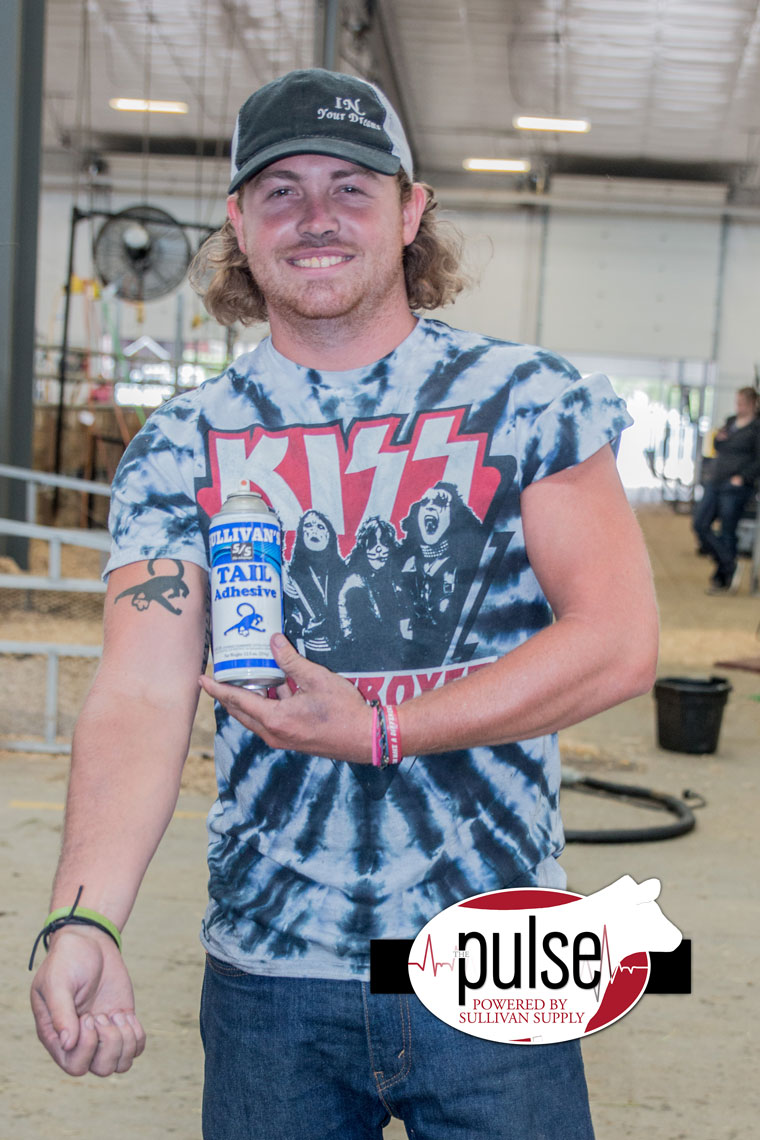 Why “Monkey Glue” is trusted by champions…
“How did you create the industry leading Sullivan’s Tail Adhesive?” is a question that is asked often by customers and friends. It was very important to formulate an adhesive to work in all weather conditions. Cattle create a lot of body heat and sweat even on a cold January day, in turn the humid hide is the challenge and is exactly where Sullivan’s Tail Adhesive separates itself from the others. Here is why.

1. Tail Adhesive is composed of concentrates derived from extremely fine liquid rubberized resin compounds.
2. The evaporations system when sprayed allows it to dry fast, which keeps the glue from becoming wet or gummy, a very important feature.
3. The solvency of the product when first sprayed allows it to stay workable, flexible and easily formed.
4. Unique balance of dry time: slow enough that it allows to you comb the hair to the desired position, yet fast enough to dry firm and clip off crisp.

“No Wilt, No Melt, the Best Adhesive on the Market.”