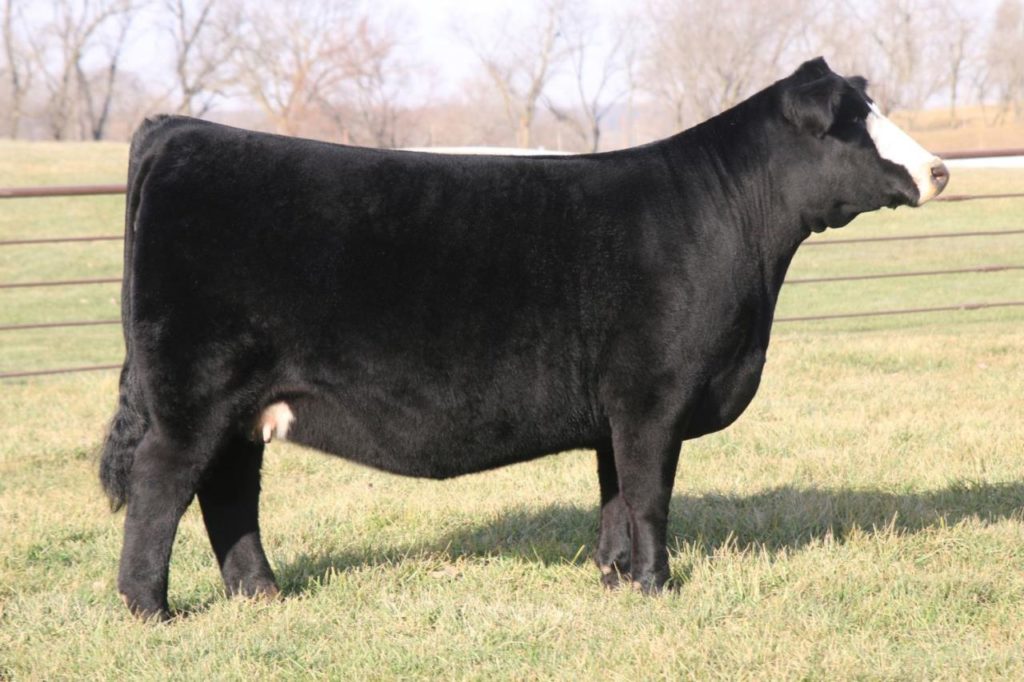 Lot 1 J6RA Tinge 6546d
Sire: Mr HOC Broker Dam: GF Evening Tinge 1X. Bred to: SULL Brillance 9515 (ANGUS) Due: 12.20.17
What a rare opportunity here, the opportunity to own a future donor with a proven pedigree and a proven showing resume. Lot 1 was Champion percentage Simmental female in the Jr. Show at the 2017 American Royal. She is also a full sib to J6 RA Bada Bing 1602B who was Champion percentage female at the 2015 American Royal, the NAILE and Supreme at the South Dakota State Fair for the Effling family. Don’t miss out on this future donor. 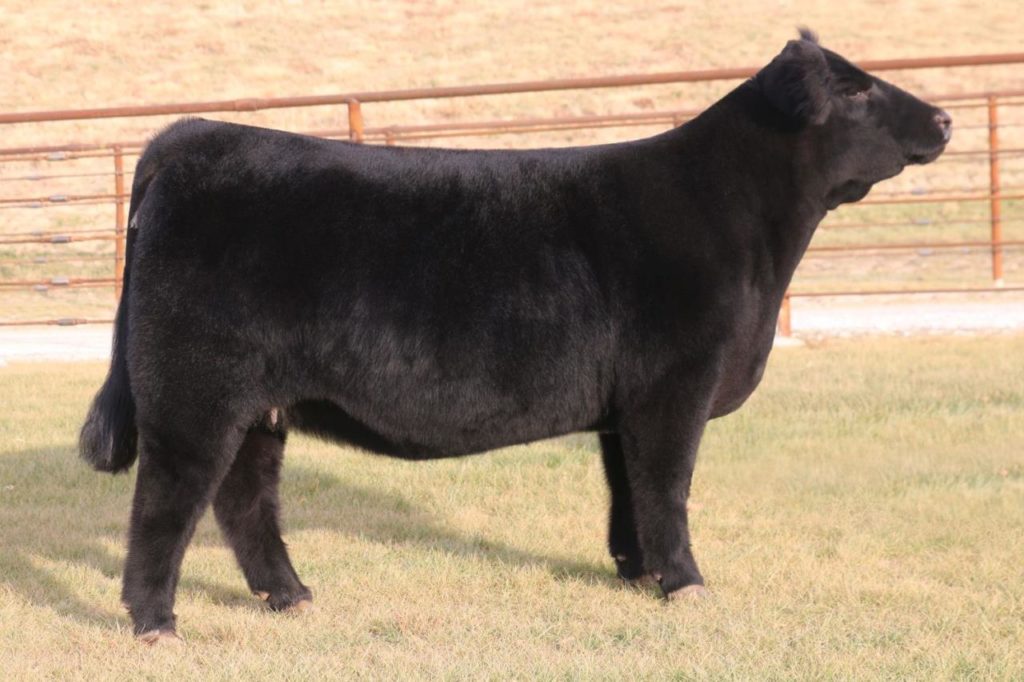 Lot 5 JSUL Breathless Revolution
Sire: SULL Revolution 4383 Dam: SULL Breathless P898. Bred to: SULL Brillance 9515 (ANGUS). Due: Calved 12.6.17
This female will be a versatile breeding piece for someone’s program. She has plenty of power to raise steers and is maternal and super sound to raise great females. Lot 5 had a successful show career in 2017 being selected Reserve Champion Shorthorn Plus at the NWSS and Champion Shorthorn Plus at the Iowa State Fair Open Show. Her dam is the very first blue roan we showed, SULL Breathless went on to be the Supreme at the Iowa Beef Expo and Iowa State Fair. Lot 5 calved on December 6th and had a healthy solid black heifer calf. 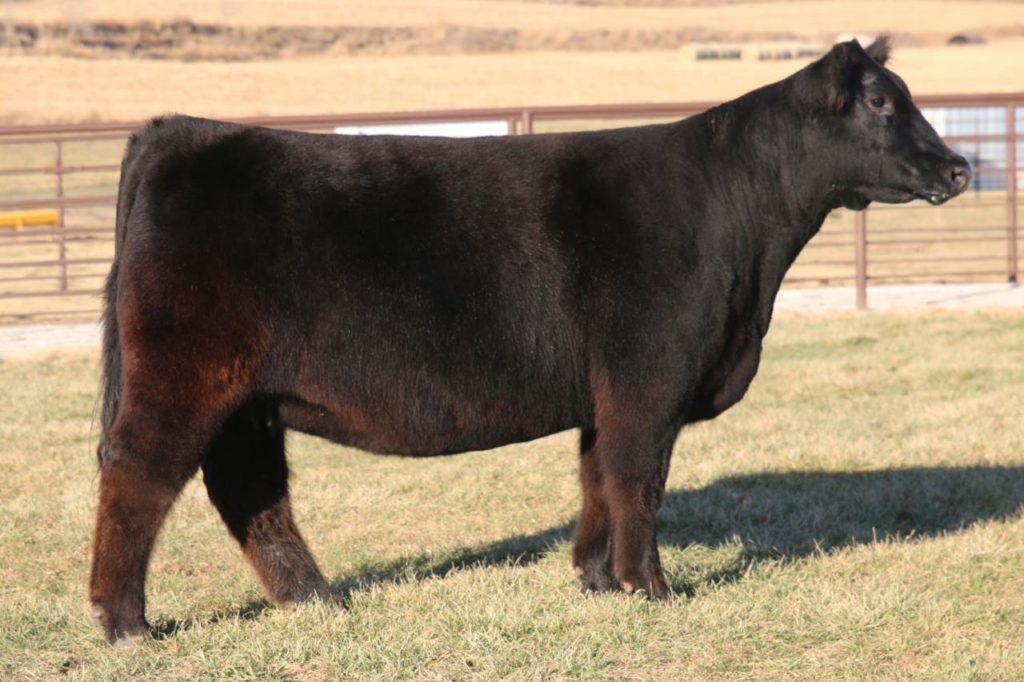 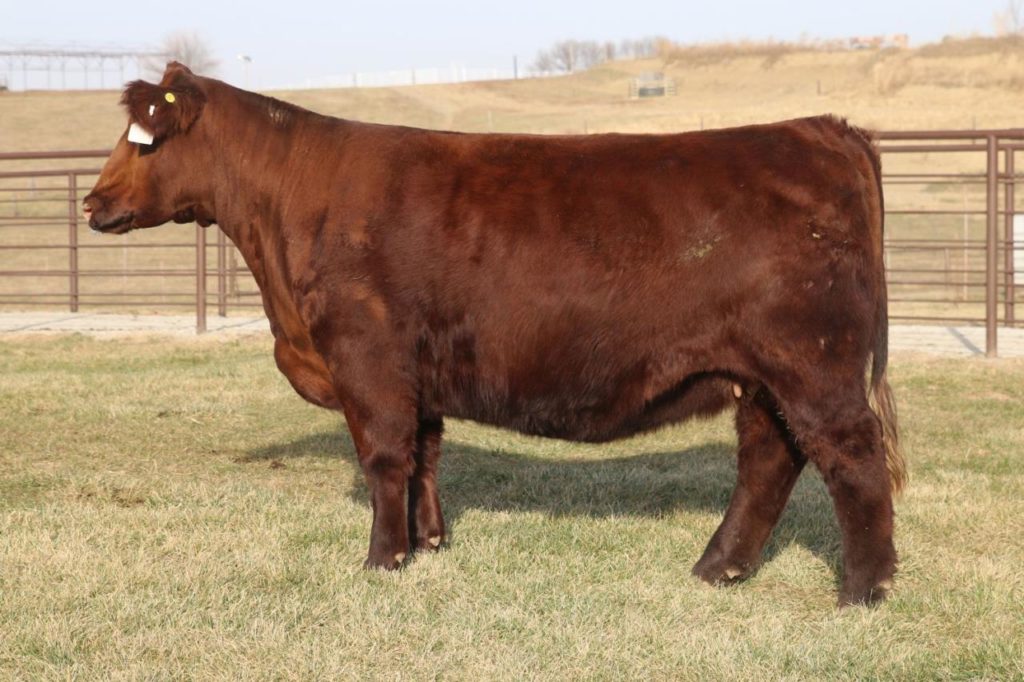