Do not miss this great offereing of Shorthorn and ShorthornPlus live cattle and genetics selling TODAY, March 24th on SC Online Sales. Visit https://www.sconlinesales.com/Bids/AuctionsListing/23967#38 to bid on this great group. 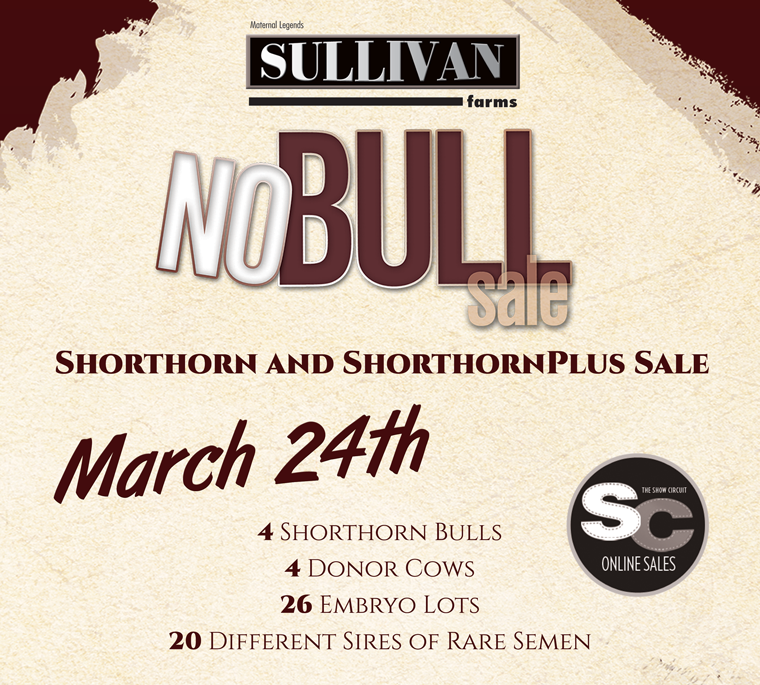 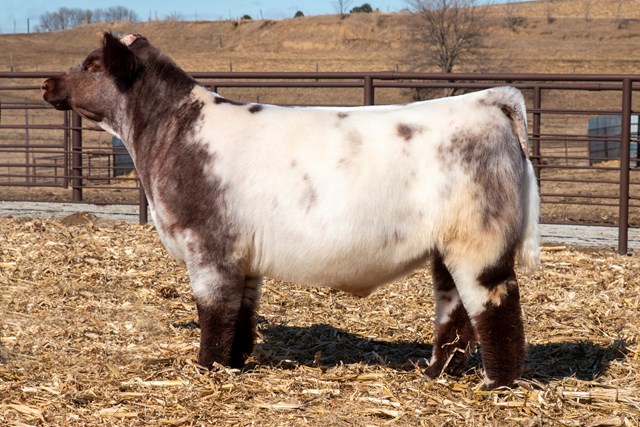 Lot 30 – Shorthorn Bull
Sire: SULL Traveler
Dam: SULL Max Rosa Knights
DOB: 4/2/2019
SULL Knight Travel 9290g is without a doubt the most versatile Purebred Shorthorn sires ever born at Sullivan Farms. He is unique combinations of true power and phenotype. He has incredible foot shape and size his added substance of bone and when set in to motion she can flat go the way one is supposed to. Not only will SULL Knight Travel 9290g add power and growth and performance into his progeny but he has a neck that is a mile long with ideal body shape to work on a variety of cows that need power with style. He is a true cow changer. 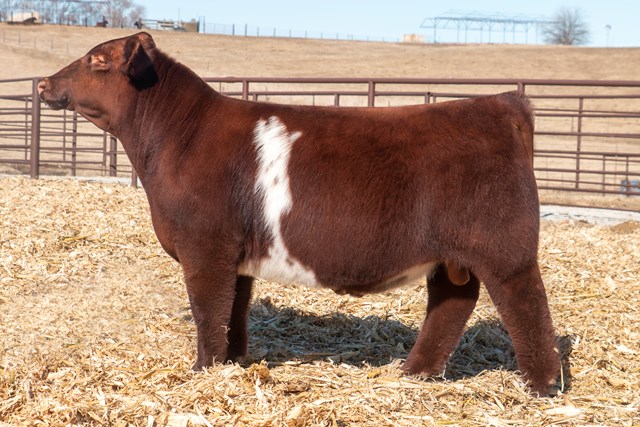 Lot 31 – Shorthorn Bull
Sire: SULL Red Knight
Dam: HD Ruby 903
DOB: 4/22/2019
SULL Boogie Knight 9604g is the best SULL Red Knight son to date. We believe he has the ability to replicate the success that we have come to expect from his great sire, SULL Red Knight. His dam, HD Ruby 903 was a past National Jr heifer show and NAILE champion for the Hahn family. Here is a rare opportunity to own what might be the next great sire of champions in the shorthorn breed. We think the opportunities for SULL Boogie Knight 9604g are endless and will be a the kind of sire that will become a house hold name across the country. 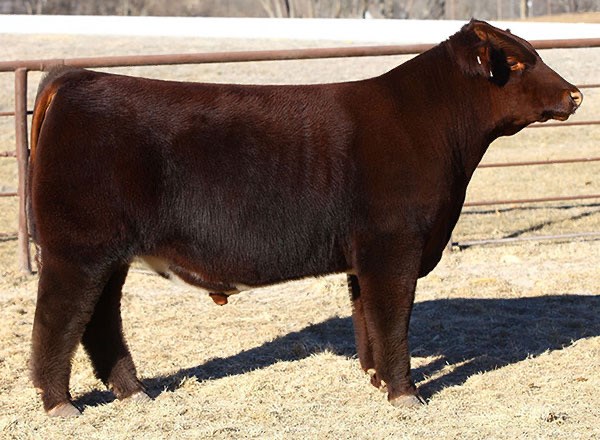 Lot 31a – SULL RGLC RED RANSOM – Shorthorn Bull
Sire: SULL RED REWARD 9321
Dam: SULL Mirage Forever 8121
DOB: 3/1/2013
SULL RGLC Red Ransom is a full brother to the 7 time national champion SULL RGLC Legacy. Red Ransom is one of the stoutest and thickest shorthorn bull he have raised at Sullivan Farms and yet maintains a maternal design in a smooth package. Along with his stoutness he is impressive with his look and design through his front 1/3 and is very mobile when set into motion. Red Ransom has worked very well for us over the past few years in breeding to our natural calving cows and donors along with replacement heifers as he has proven himself to be consistent for low birth weights. Red Ransom is in his prime in terms of breeding age and his in excellent shape and ready to cover a group of cows. 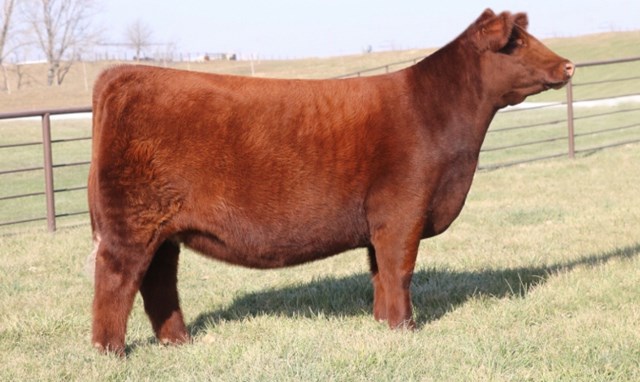 Lot 36 – SULL MISS AMERICA – Shorthorn Bred Cow
Sire: SULL RED REWARD 9321
Dam: SULL ROSE MARY 636-2
DOB: 1/14/2016
Due 5/28/2020; bred to Conley No Limit 8188 SULL MISS AMERICA 6073D is one of the most unique shorthorn donor cows at Sullivan Farms. She is a combination of added power and eye appeal with extra foot size and substance of bone. During her show career she was a calf champion at the NAILE and NWSS and then division champion as a big bred at the NWSS and FWSS. This elite donor has the pieces to produce elite show heifers and elite herd bulls. In her first set of et calves she produced a SULL Red Knight daughter that is one of the winningest shorthorn heifers on the 2020 Oklahoma show circuit for Kennedy Arthur. 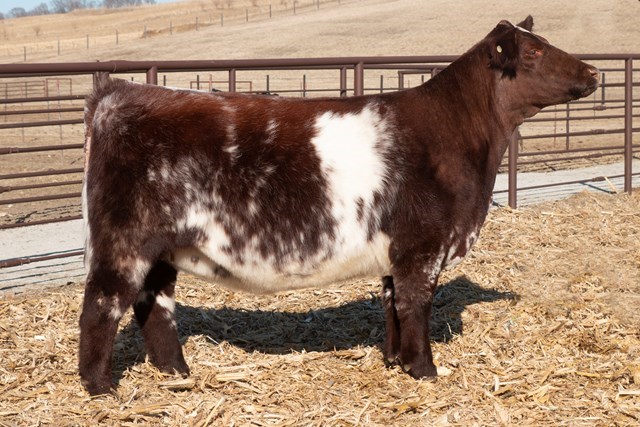 Lot 38 – Shorthorn Bred Heifer
Sire: SULL Red Knight
Dam: SULL Crystal’s Lucy 0686
DOB: 4/6/2018
Due 6/14/2020; bred to 3ACES Skyfall 9576 (Angus) SULL Crystal’s Lucy 8202f was a many time division champion this past year during her 2019 show career. She started by being selected as calf champion at the 2019 NWSS, then was selected as the reserve champion female at the Iowa State Shorthorn Field day, and carried that success into the National Jr Heifer show wear she was selected as a division champion as well. She is a moderate famed female with elite structural correctness and added eye appeal. This young future donor will without a doubt be the kind that will produce national quality show heifers weather u mate her back for purebred shorthorns or shorthorn pluses. She has the make-up and build to mate extremely well with and a lot of today’s popular Angus bulls for shorthorn plus show heifers. Seller retains the right to 2 successful flushes at seller’s expense.