The #PFTP22 judge is Ryan Rash!
Rash hails from Crockett, Texas, growing up he showed every species of livestock. During his junior show career, he exhibited 13 Grand or Reaerve Grand Champion Steers at major livestock shows across the United States.
Rash, a Texas A&M University graduate, was a member of the National Champion Intercollegiate Livestock Judging Team. During his collegiate judging career, he was a top 10 individual, in the top 10 of oral reasons at every contest he entered; and was the high point individual at five contests.
He is a co-star of the Beyond The Ring – An Educational Podcast, the Executive Director of Beyond The Ring Junior Livestock Association, and owns & operates SBCC, a cattle company and consulting firm. He and his family operate a club calf operation along with a purebred Charolais & Hereford operation.
He has judged every species of livestock at all levels in 43 states, Canada, and Mexico. 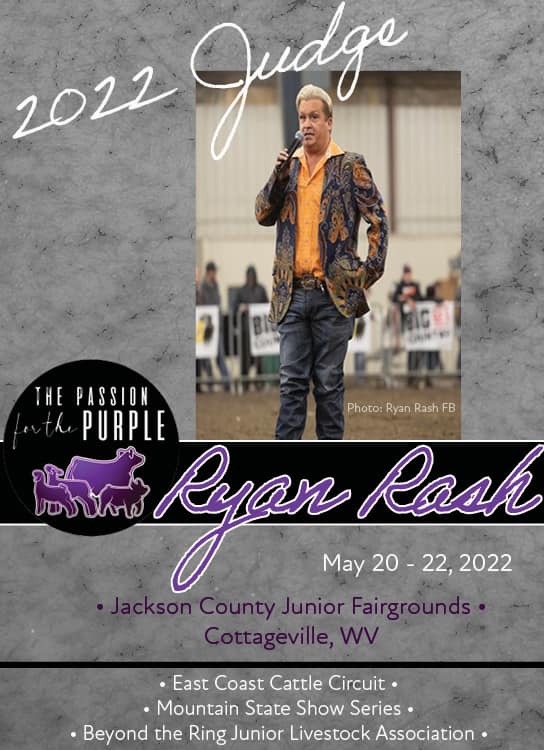