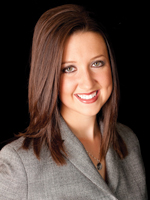 Paige Wallace will join the Ranch House Designs, Inc. team in May 2014 as an account manager and multimedia director upon her graduation from Oklahoma State University.
Wallace will lead the agency’s multimedia division, creating promotional videos and social media broadcasts for the agency’s nationwide client base. She will serve as one of the agri-business account managers, managing the marketing and promotional campaigns of clients through writing, social media, print and digital designs. She will also serve on the RHD Seedstock Marketing Team that coordinates the marketing plans of many elite purebred cattle breeders.

Wallace brings an extensive background in the Angus breed to her list of qualifications, including service as a member of the National Junior Angus Association board of directors, Miss American Angus, and co-host and reporter of The Angus Report television show broadcast weekly on RFD-TV. She was also named champion showman at the 2013 National Junior Angus Show. Wallace also served as a communications intern for the National Cattlemen’s Beef Association in Washington, DC where she wrote the Daily News Watch and edited NCBA material for print, broadcast and online properties as well as preparing a weekly video submission for Rural TV. Wallace was a member of the 2012 NACTA National Champion Agricultural Communications Team and the Reserve National Champion Livestock Judging Team. Wallace and her family, Ernie, Tammy and Sam, own Wallace Cattle Company in Stotts City, Missouri, a purebred Angus farm.

Wallace will begin her official duties at RHD in late May, and may be contacted at [email protected]