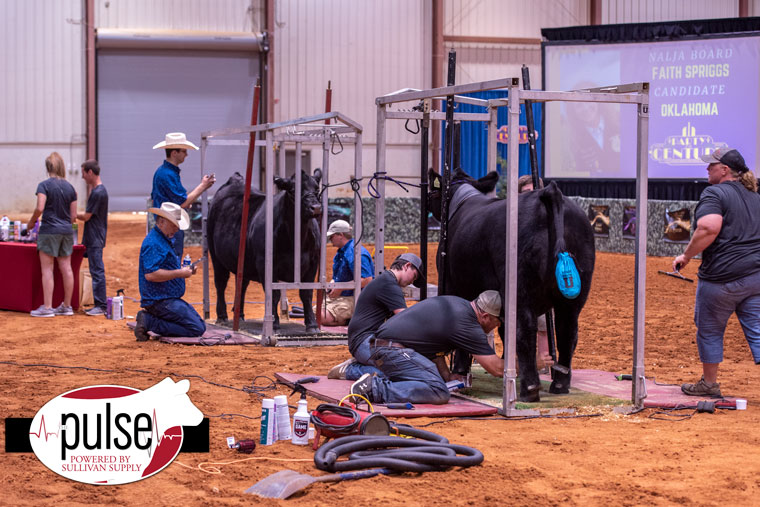 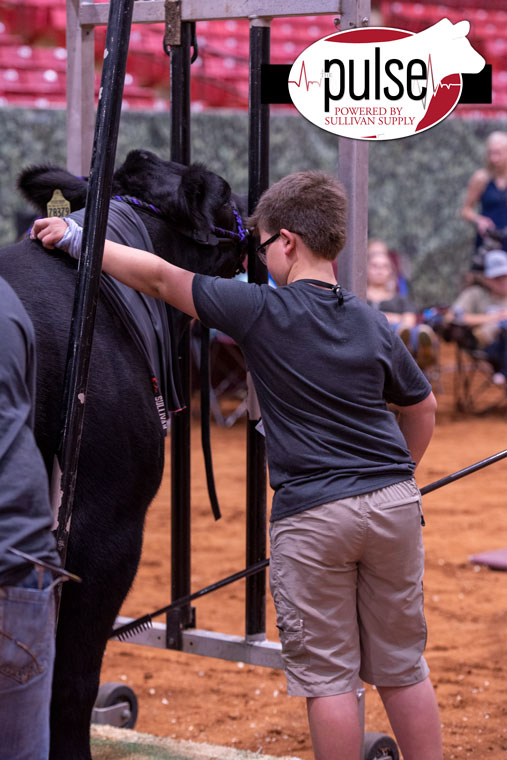 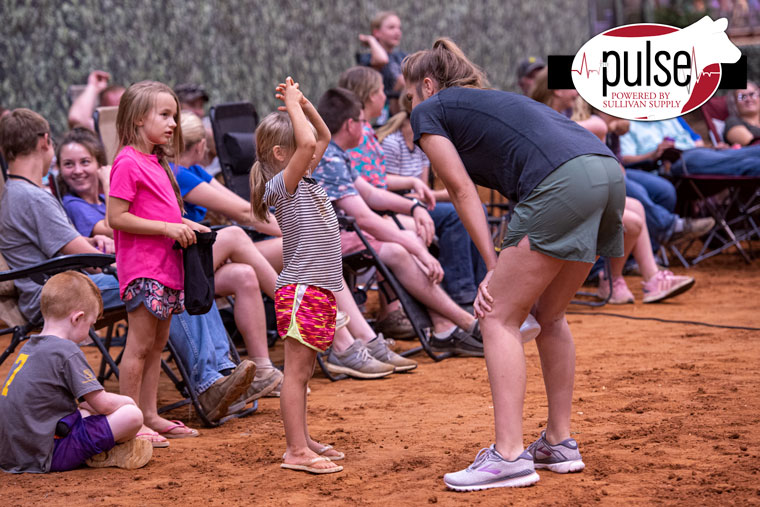 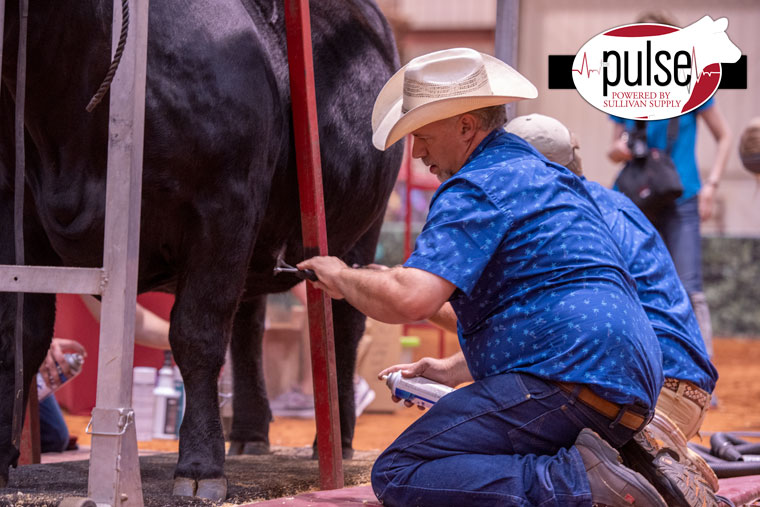 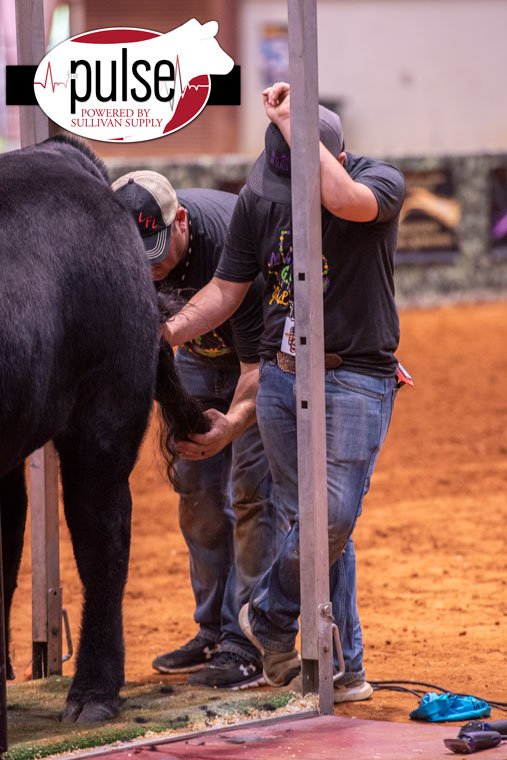 Jonny and Tucker Parkinson work together to ball the tail on their calf. 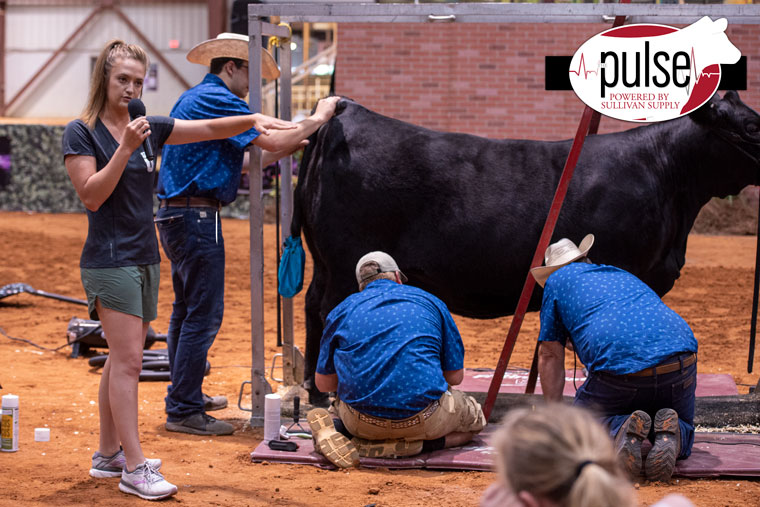 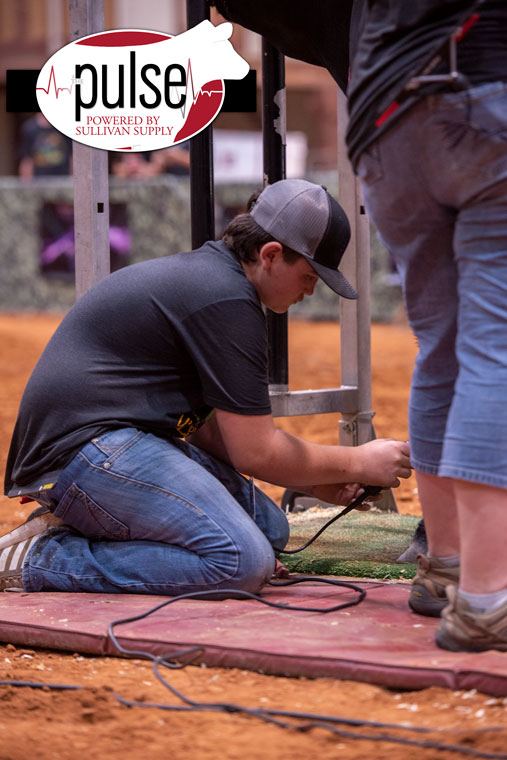 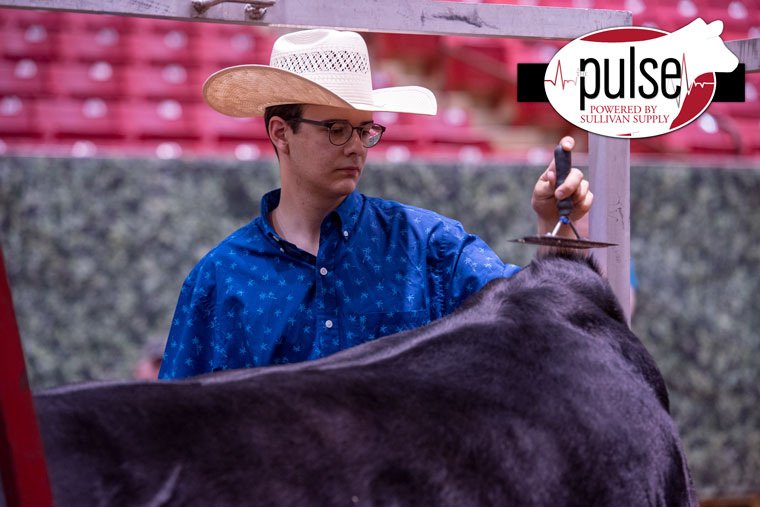 Wiley Fanta works on a tailhead. 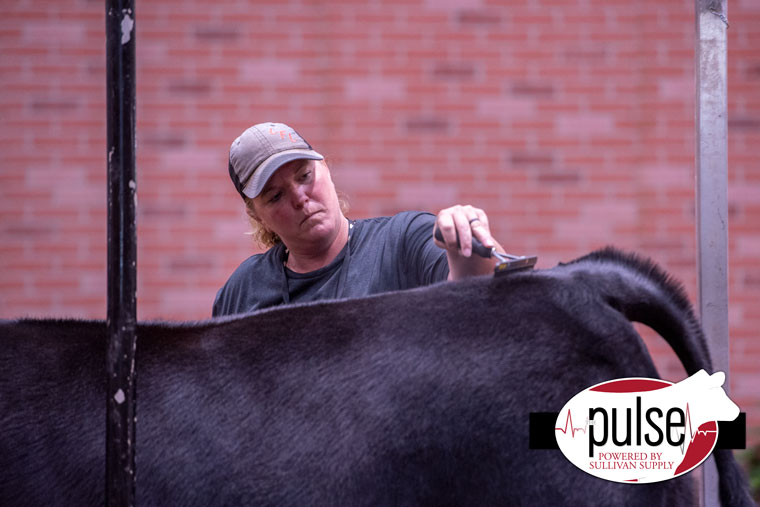 Amber Parkinson pulls up a topline during today’s fitting challenge. 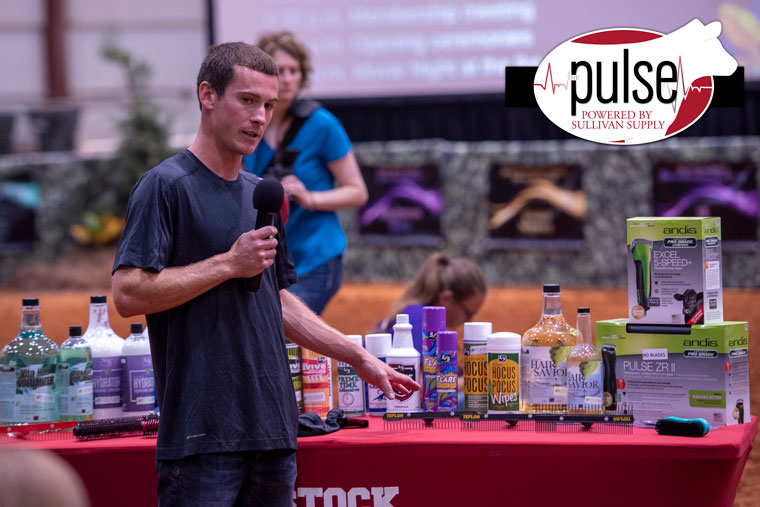 All the focus for Brady Edge as he joined Team Fanta in the Family Fit-Off. 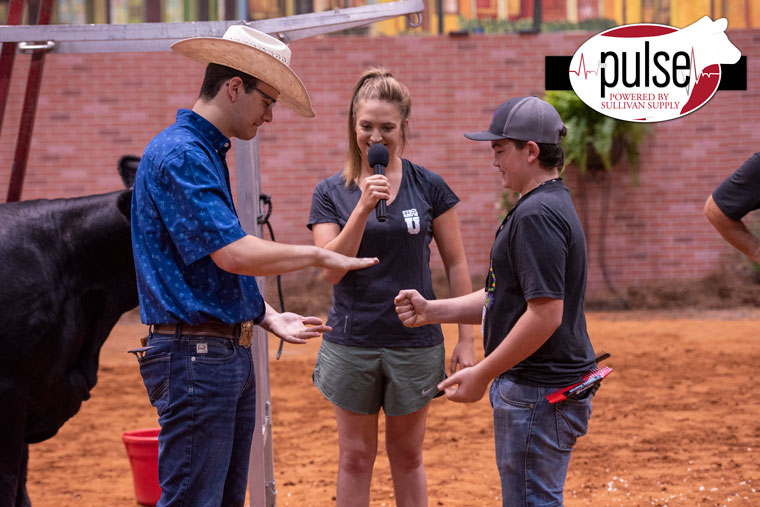 It was a close race to the finish but after a double tie, the winner was settled in a Rock, Paper, Scissors match with Team Fanta coming out on top!