In just 10 DAYS, the owned females will be on parade at the 2022 National Junior Angus Show! Your owned heifer judge will be Chad Holtkamp, and the assistant judge is Parker Henley.
MEET THE JUDGES
Chad Holtkamp resides in West Point, Iowa where he owns and operates Holtkamp Cattle Co. Chad believes the beef cattle industry teaches youth the value of hard work and thoughtful conversation, and helps develop the next generation.
Parker Henley originally hails from Missouri but currently calls Stillwater, Oklahoma home, where he is the livestock judging coach at Oklahoma State University. Aside from his professional academic career, Parker and his family raise Charolais and Angus cattle and have bred and exhibited numerous national champions.
We can’t wait to have Chad and Parker join us for the Biggest Show on Dirt at #NJAS22. 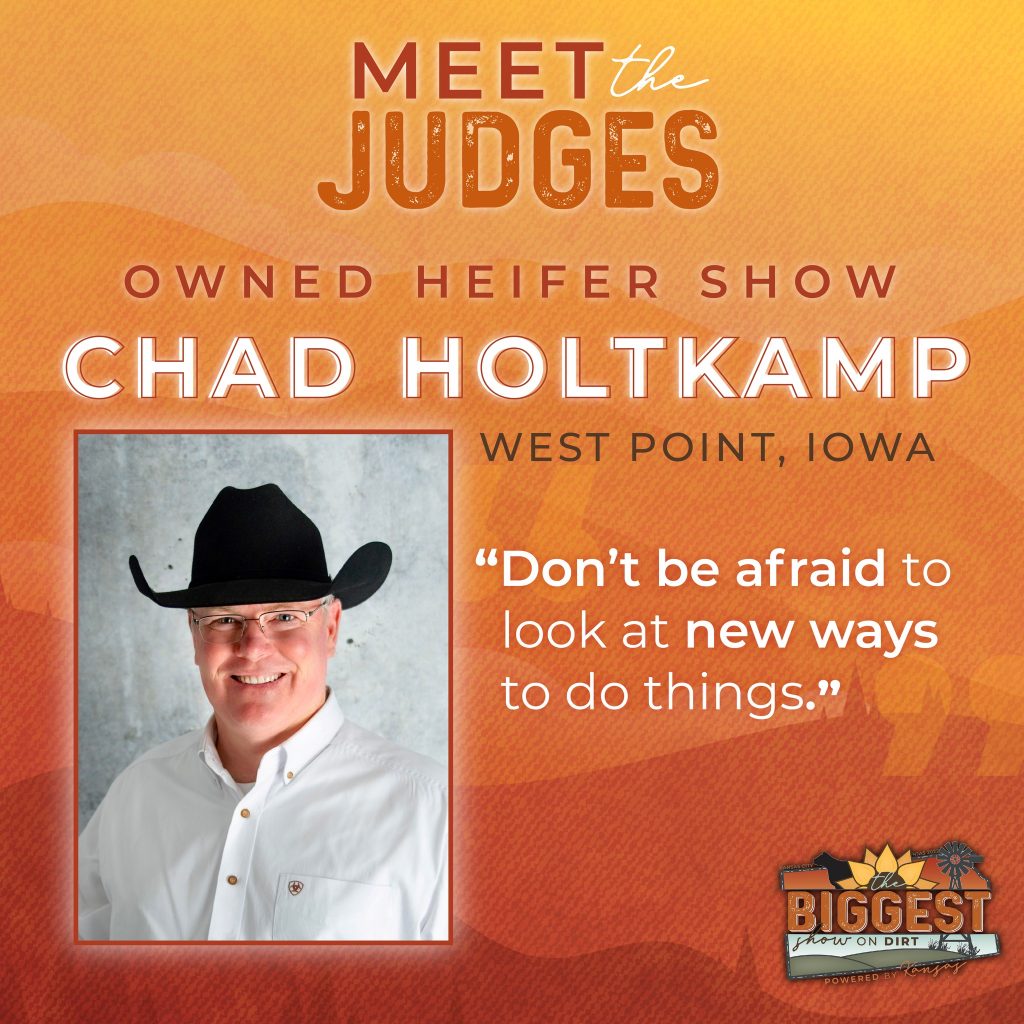 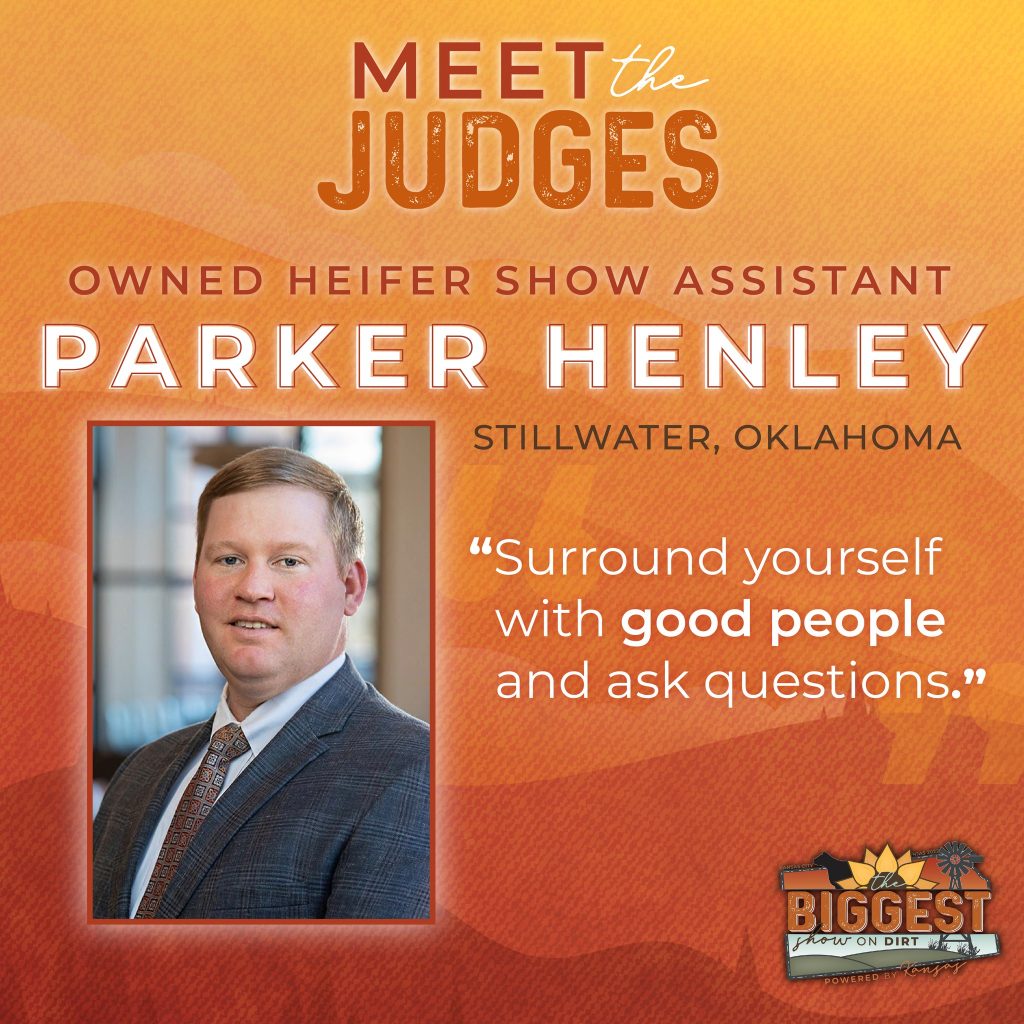