We had the pleasure of interviewing Avery Bennett of Richland, Iowa about what the Iowa Beef Expo meant to him.

Avery says:
“I have attended the beef expo since 2007, and my favorite part of the expo is catching up with all of my “cattle friends” and meeting new people. For the 2014 Iowa Beef Expo I plan on showing 2 High Maines and 1 Maintainer. One of my favorite memories from past expos was my very first expo. I was about 8 or 9 and remember walking into the pavilion and thinking how big it was and how scared I really felt. That was the first year I showed and won a division. My parents, Dave and Laurie, have helped me the most in the cattle industry. They have provided me with this great opportunity to show throughout the United States and become successful in the show ring. The person I look up to the most is Kendall Bremer. He has taken me under his wing and has taught me the ends and outs of the industry, not just in the show ring, but also in the pasture. The most enjoyable thing about showing cattle has been seeing the full cycle of a bovine. From being a calf to becoming a show heifer and transforming into a great donor cow for your herd. My all-time favorite animal is my 2012-2013 show heifer, Miss Elizabeth. She accomplished 4th Overall Breeding Heifer at the Iowa State Fair, Reserve Grand Champion Shorthorn Plus in the open show at NAILE, and helped win the IJBBA Shorthorn Plus Point Standing. Miss Elizabeth was sold by Kendall Bremer and raised by Casey and Remington Weiss. My future goal in the cattle industry is to become a very successful herdsman on the show side of the cattle industry. My dream come true would be to have a heifer sweep all the major shows, including the Junior Nationals, Denver Stockshow, NAILE, Iowa State Fair 4-H Show, and the Iowa Beef Expo.”
We would like to thank Avery and wish him the best of luck this weekend! 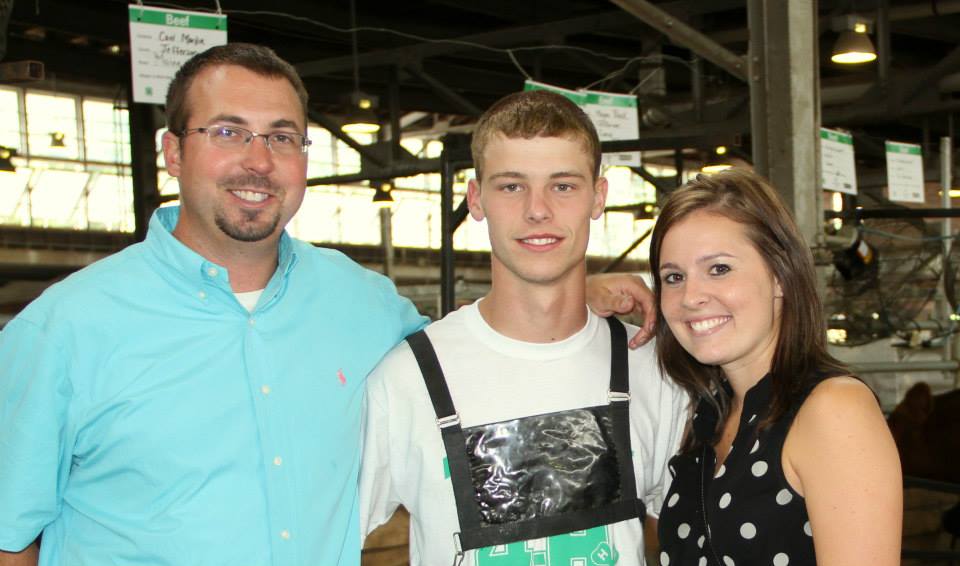 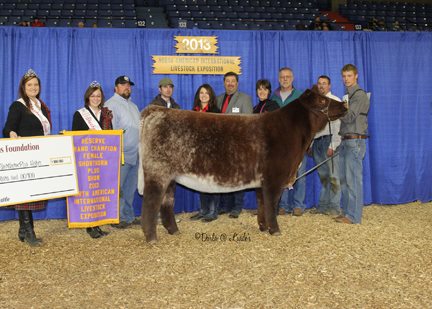 Avery Bennett with his ShorthornPlus heifer!