The TNSS Team will be expanding the January show to a 3 event, 12 show series. All the shows will be hosted in Wichita Falls, Texas and all the shows will be open to the nation!
We still plan to give away lots of scholarships at the market and breeding gilt shows in January. However, we will be giving away additional awards and prizes at each of the prospect shows leading up to the finale.
We will be hosting the Driver’s Series and the Constructor Series… but more on that later!
We you make plans to join us in November, December, and January!🤠 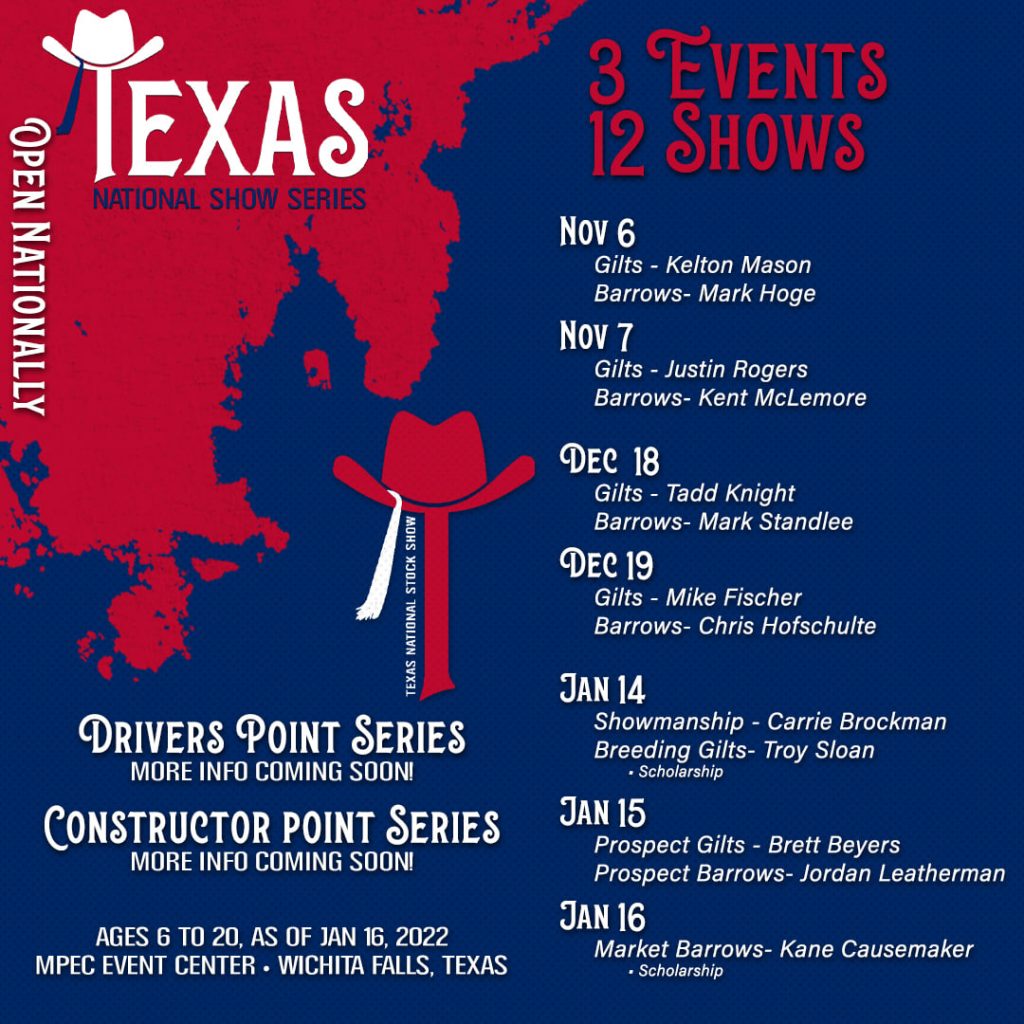