ISANTI COUNTY, Minn. (KMSP) – It is said that the true test of friendship is how many people come to help out a person in need, and if that’s true, one 4H participant from Cambridge, Minn., just found out he has an entire fairground full.

At the Isanti County hog barn, there’s a stall of show animals missing their showman.

“Charlie had a gilt and two barrows,” Brady Engquist told Fox 9 News. “One Yorkshire breeding gilt born in February, and then he has an auction barrow — pretty big at 285 pounds.”

It’s the same story at the cattle barn, which is where Annie and Bud stay. All the animals belong to 17-year-old Charlie Eklund, a lifelong 4H member with a lifelong love for animals.

“Every day, he’ll go out there at 8 in the morning and feed and do chores and sit there all day — and some days just watch and look around,” Engquist explained. “He loves it. He loves his animals.”

All of that changed on July 12. Eklund, a diabetic, apparently suffered an episode of low blood sugar and crashed his Jeep, rolling it several times. He’s been in critical condition ever since.

“I was really shocked when I heard what happened,” classmate Miranda Cain said. “He’s diabetic and so am I. So, I can relate to how scare it can be, like, driving.”

“One of my first thoughts was: ‘Will they let someone show them for him at 4H?'” Sydney Zehnder said. “This is one of Charlie’s favorite shows — being at the fair, so I was happy to know that they could be.”

Now, Eklund’s 4H friends are not just showing the animals. They’re also showing something else — their loyalty to their injured friend.

“You never know how strong you are until being strong is the only choice you have,” Olivia Sorenson said. “You can do this, Charlie!”

Eklund’s sister told Fox 9 News that he is making progress. She said doctors were set to remove his breathing tube on Thursday and that the family believes he’s in good hands. 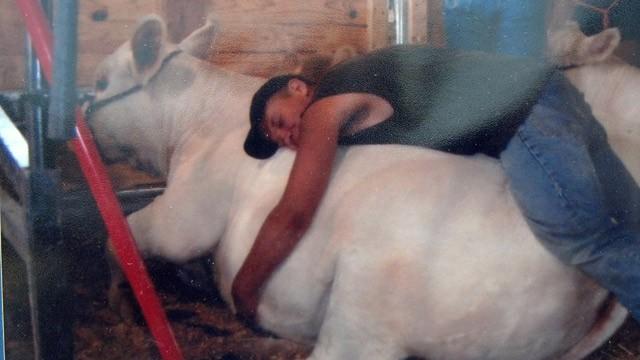 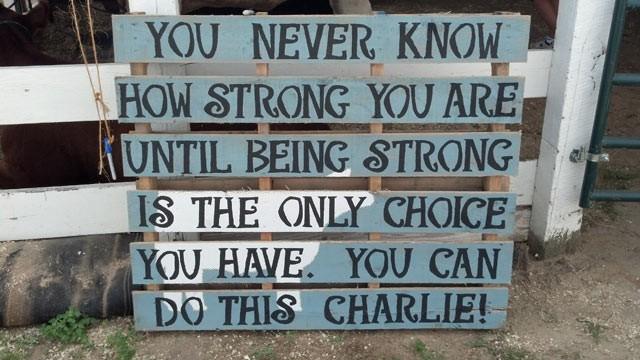