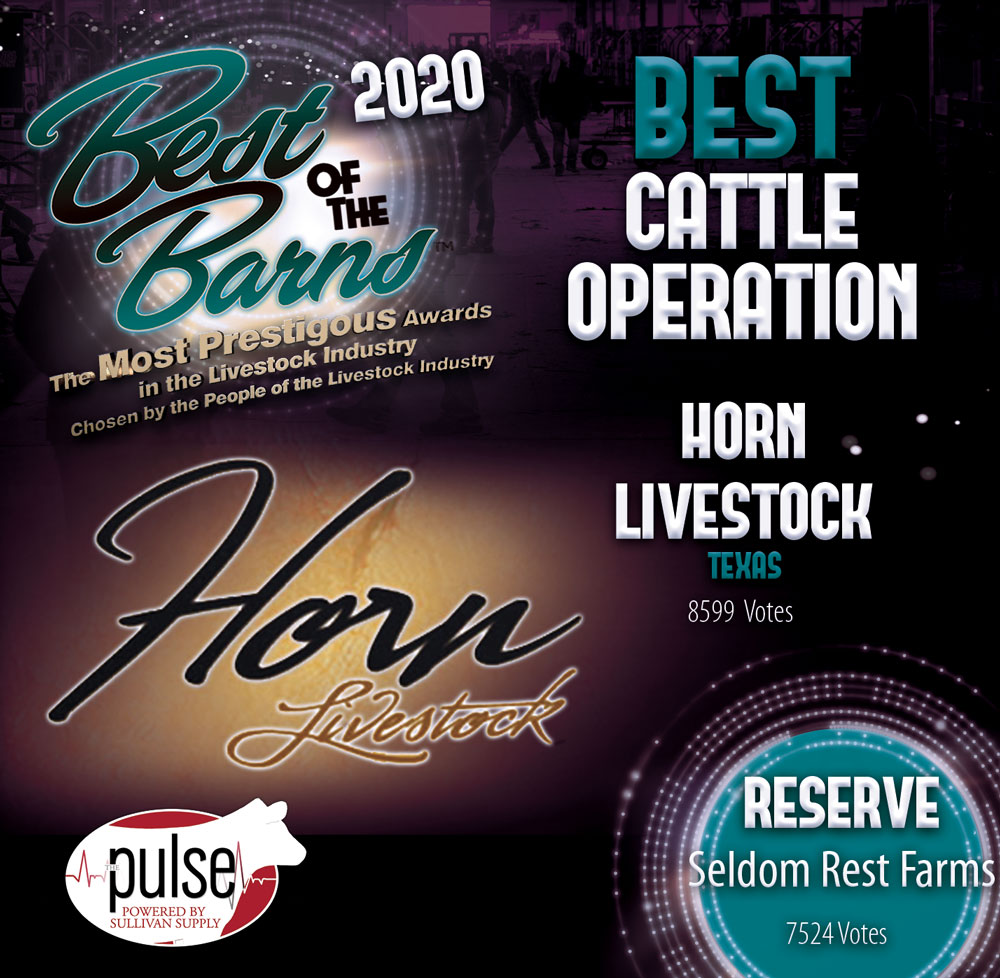 Nestled in a small town just north of Abilene, Texas is a cattle operation recognized and respected by those far past the Anson city limits. They make ‘em slicked or haired, for spring or fall, come one, come all. They stand behind family values, are deeply rooted in faith, and provide unmatched customer service. This place is where you will find none other than Horn Livestock, the 2020 Best of the Barns Cattle Operation of the Year.

Horn Livestock is a family-owned operation, ran by Brandon and his wife Brek, along with their two children, Jagger and Aven. Brandon Horn got his start in the industry in 1998 by originally buying and selling show pigs. This led him to his first purchase of two bred heifers from Chris Black. Brandon continued to dabble in the hog business as a way to support his interests in cattle. As time went on, he became able to fully emerge himself in the cattle business, which is what Horn Livestock is known for today. Recognized as one of the leading club calf operations in the country, Horn Livestock does it all. “We try to continue to develop what we do in every part of the business. We raise and sell steers, we have embryo sales, bred female sales and we sell semen year-round,” said Horn. Brandon said he prides himself in customer service, hard work and stands behind what he sells. 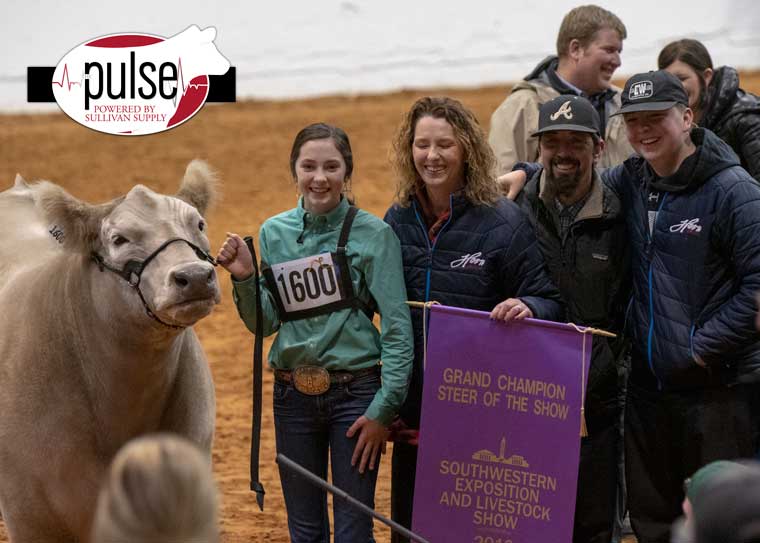 The main goal at Horn Livestock is pretty simple. “To be successful and make a good living,” said Horn. Success can clearly be found at Horn Livestock not only through steers but also through club calf sires such as Business Done Right, Solid Gold, and the infamous In God We Trust. Brandon said his favorite bull he has ever raised is easily In God We Trust and it is clear to see why. In 2020 alone, In God We Trust sired the Grand Champion steers at the National Western Stock Show, American Royal, State fair of Texas and the North American just to name a few. In God We Trust’s impact on the club calf industry spreads across the United States in both haired and slick sheered cattle and will only continue to be successful in the future.

Though the Horn family has seen their fair share of success, Brandon said the highlight of his career was watching Aven win Grand Champion Steer in Fort Worth in 2019. “Everybody had kind of pointed at me like ‘Yeah you raise good slick ones but can’t raise good haired ones.’ What was the most gratifying about that win was we had raised the steer, the steers mother, the steers sire, the steer’s sire’s mother, and I had raised my daughter,” Horn said. When he stepped back and looked at the big picture, gratitude took over knowing the hard work and determination it took to achieve that win. 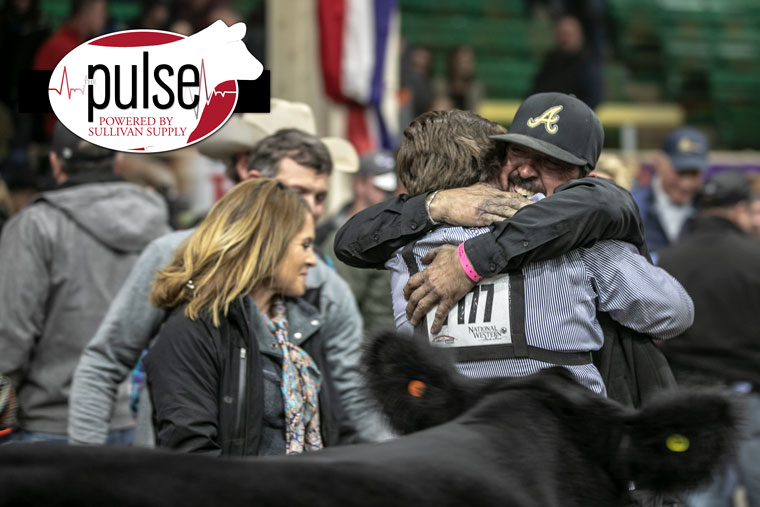 Anyone that knows Brandon probably knows a thing or two about his early morning devotional messages so his advice to those just starting out in the business comes as no surprise. He said it is all pretty simple; stand up for what you believe in, keep a strong faith in the Lord, work hard, believe in yourself, and never quit working to achieve your goals. Brandon never dreamed his operation would evolve in such a big way. “The good Lord has answered my prayers. When you do the right things, good things will happen,” Horn said. With the work ethic, success and values Horn Livestock withholds, it is a given they were selected as the 2020 Best of the Barns Cattle Operation of the Year.