Although Prestige Cattle Company was only established three years ago, it is making a huge impact on the Simmental breed already. Owner, Justin Johnson, has been showing cattle since the age of six. He grew up on a cattle farm in Windsor, Missouri, with his parents Greg and Pearl Walthal. Justin has worked for many Simmental breeders over the years, and it was three years ago when he finally decided to break away and start something on his own. The cattle industry runs in Justin’s blood and with his wife Lindsay and daughter Aria, he hopes to continue to build a successful program. Prestige raises Simmental and Sim-Angus cattle in Paola, Kansas. They also market and sell cattle for other people as well as their own. The operation takes care of about 15 to 20 show heifers every year, hitting all of the major shows – American Royal, North American Livestock Exposition, National Western Stock Show, and Fort Worth Stock Show. When building his operation, Justin looks for cattle with big bellies, with long necks, while also being sound and functional. He was taught from a very young age to always talk structure. He starts from the ground up with his cattle and breeds them accordingly. 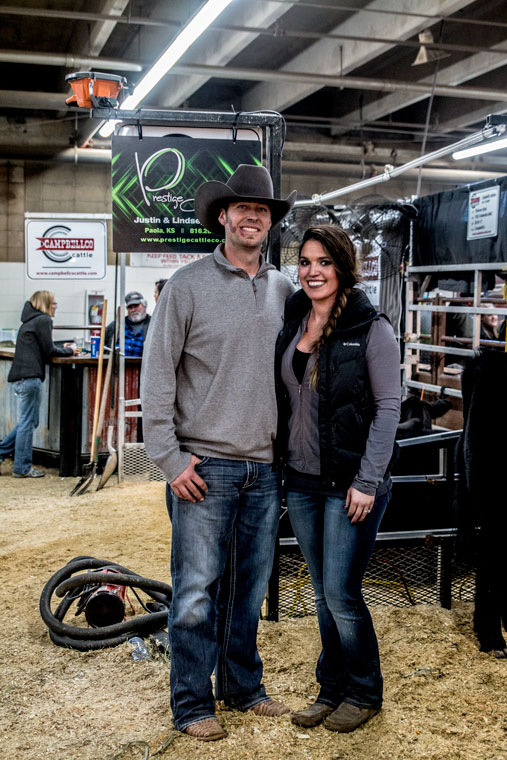 The junior program is very important to Prestige Cattle Company and Justin. The operation tries to help their juniors out by helping them to reach the level of success that they desire to have. Justin works with Sullivan Supply’s Stock Show University in a lot of grad programs and fitting clinics. This has really got him involved with the industries youth. He really enjoys selling cattle to juniors because he gets to teach them and help them learn. He strives to show them how to do it on their own so that in the case that he is not there they can get the work done by themselves. Justin likes to prepare his juniors not only when teaching them how to do things, but also with the realities of showing livestock. He stresses to them that they are not always going to win, but they should always congratulate the people that do and show them respect, because they have worked just as hard.

While Prestige Cattle Co. has only been exhibiting at the National Western Stock Show for three years, Justin has been attending for the last 25 years. Like many big Majors, his favorite part is walking the ramp into the show ring and just exhibiting his cattle. He also enjoys the historic part of Denver. Although some of the history is going away, Justin will always remember the yards from when he was a kid. His family always had yard cattle and getting to come up onto the Hill afterwards will always be memorable to him. Prestige has been fortunate enough to have greta success at the NWSS. Just last year, they finished off their Triple Crown run by winning the Percentage Simmental Bull Show at the National Western. Another favorite memory of Justin’s happened just very recently when he got the opportunity to help his dad, Greg, judge the Open Shorthorn Show this year. This memory is now Justin’s highlight in his cattle career, just before winning the Triple Crown. 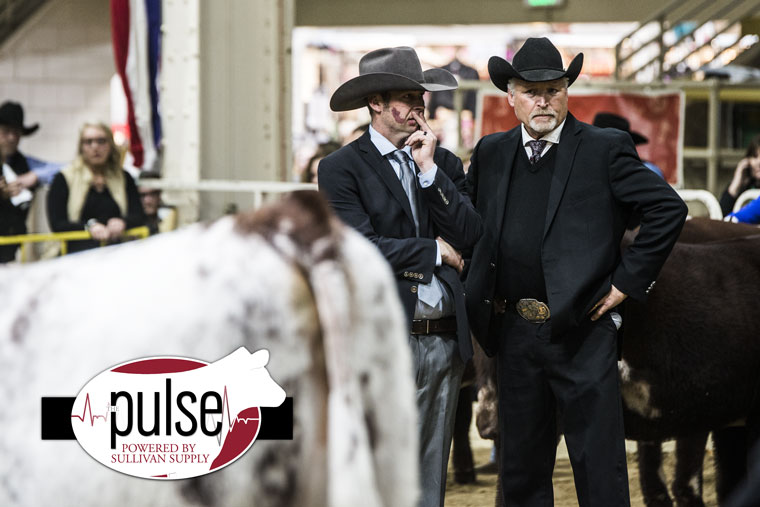 As an operation, Prestige Cattle Co. is growing rather quickly, and they want to be able to continue to do what they are doing as far as continuing to grow every year. They also have a goal to have their own production sale in the next couple of years. Justin wishes to continue following in the path of what his parents taught him and hope that his daughter, Aria, can follow in the path that he and his wife lay for her. The livestock industry is really a generational deal and Justin said it best when he said “If my parents were doctors, I would be a doctor, but they’re not. My mom is a cow fitter, so I am a cow fitter.” Justin has a passion for the cattle industry and it certainly stems back from his parents instilling it into him. His goal is to keep up with what the people who came before him in the industry and to keep innovating more things. The industry has gotten so much better in the last ten years and Justin wishes that those who will come after him will continue building this great thing, making it even better with even more ideas than the previous generation.