Deck the halls with Sullivan Supply! Today through December 23rd take advantage of our Christmas savings on all phone and web orders! Visit www.sullivansupply.com to check out our special pricing on over 120 products!

Giveaway at the Hereford Heritage Showcase!

Hereford Exhibitors – If you’re in Abilene, TX be the first person to head over to the Sullivan Supply trailer and see Sales Rep, Kara Cutshaw and you will get a FREE quart of Sullivan’s Natural White, whitening shampoo! 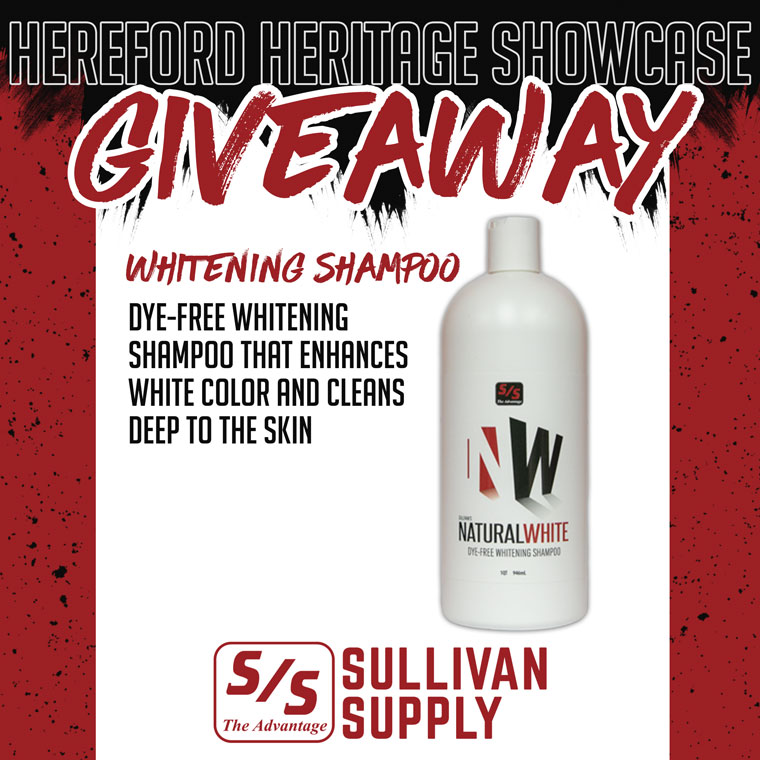 Sullivan’s Revive is a revolutionary product to promote healthy and beautiful hair coats. Revive restores natural oil and nutrients to the skin and hair to bring life and vigor to dull, dry hair. Now available with Sullivan’s new Vita Hair Package that contains Biotin, Pro-Vitamin B-5, and Vitamin E. Great for use at home to nourish the hair or use it at the show as a grooming aid. 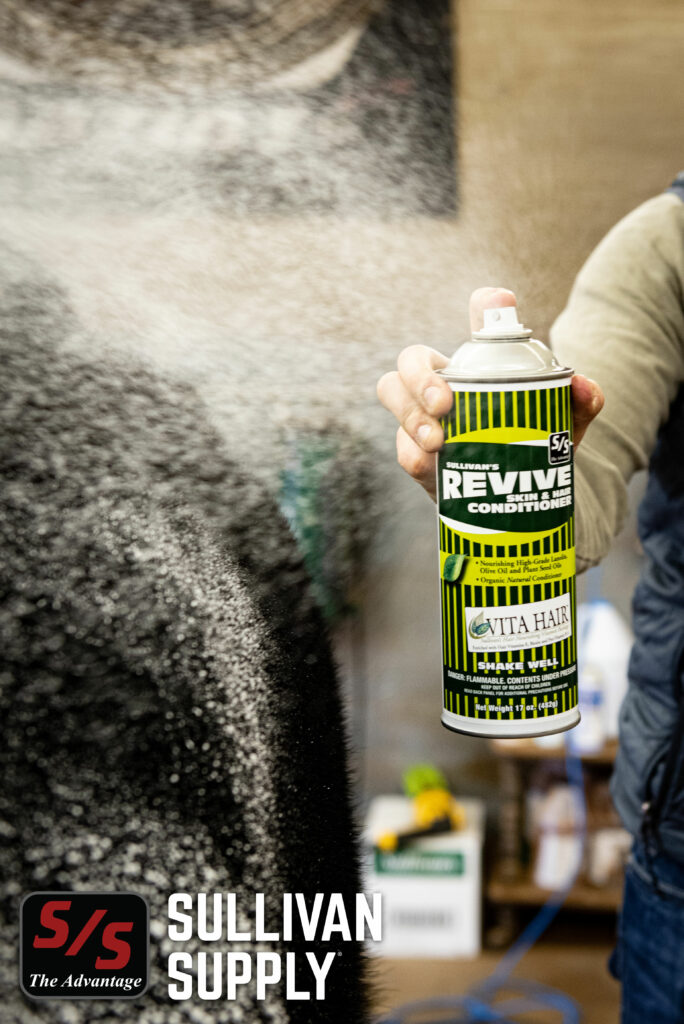 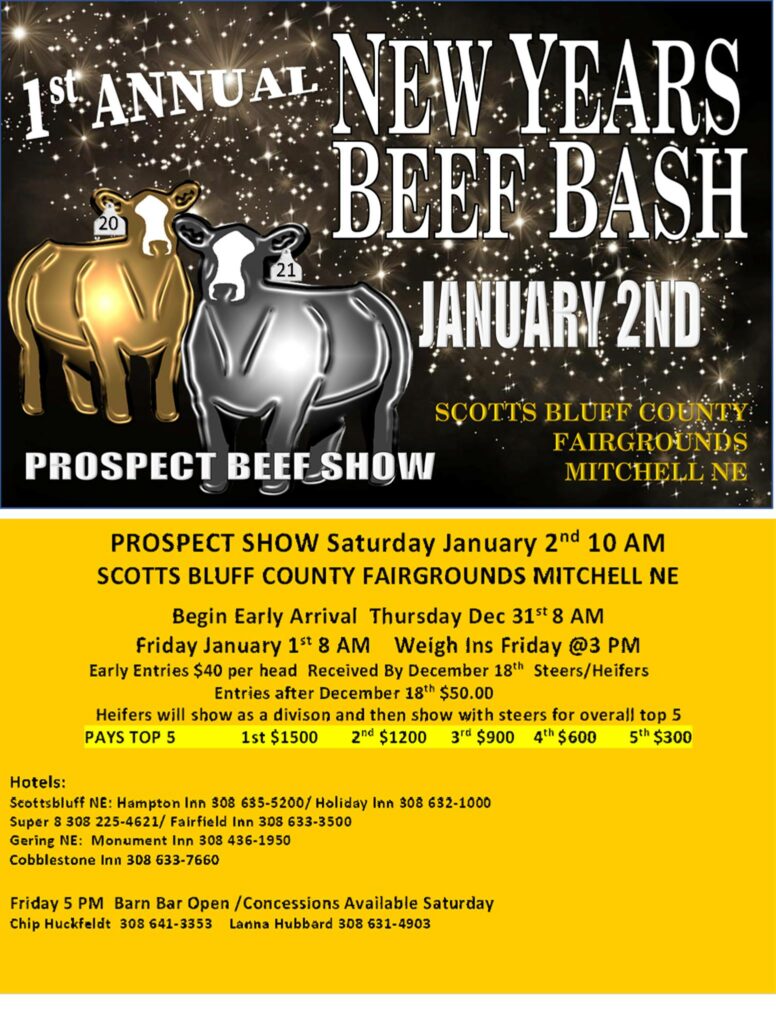 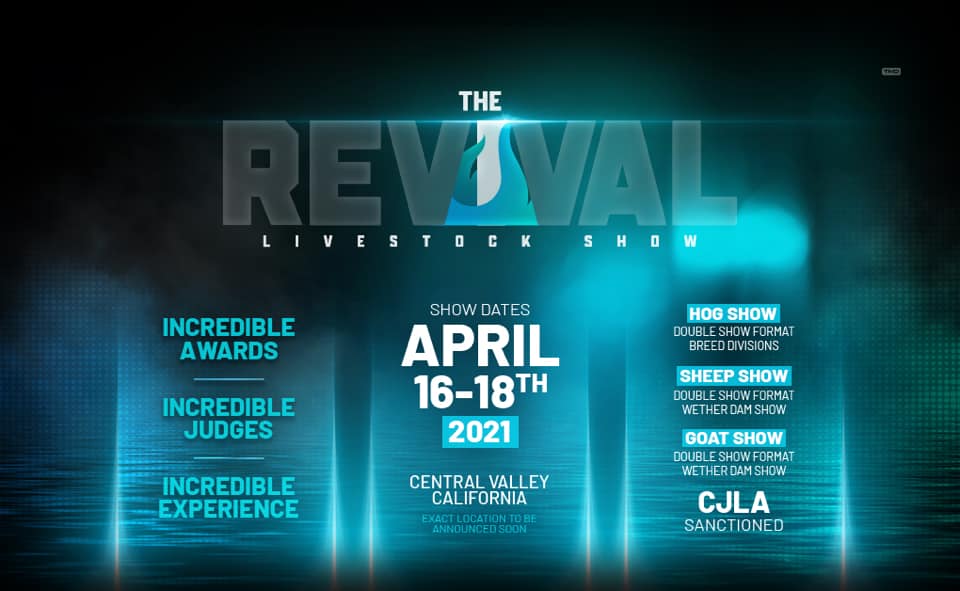 Advertise in the Showtimes 2021 Jan/Feb Issue

Plan to advertise in the first issue of 2021! Our Jan/Feb issue goes to Cattlemen’s Congress, Cowgirls in Cowtown, The Patriot and Sioux Falls! Email [email protected] to reserve your ad today! 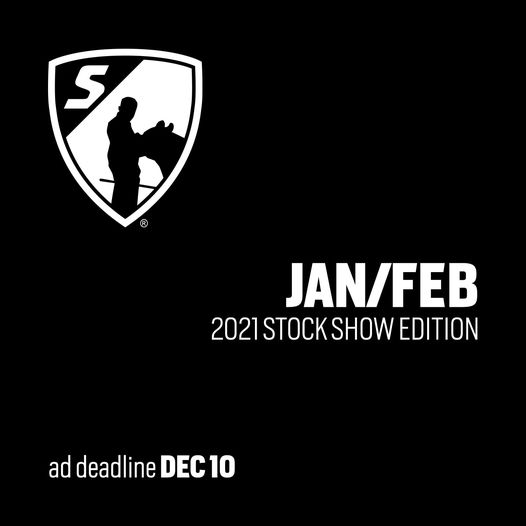 Down 4 the Cause Update!

The crew with the Down 4 the Cause is continuing to work with the State of Iowa and the Mason City Facility on a reschedule date. It is their hope to have an announcement after December 10th unless they extend the current State of Iowa mandate. They are working hard as always for exhibitors and their families.

Please review the info graphic below for the latest! 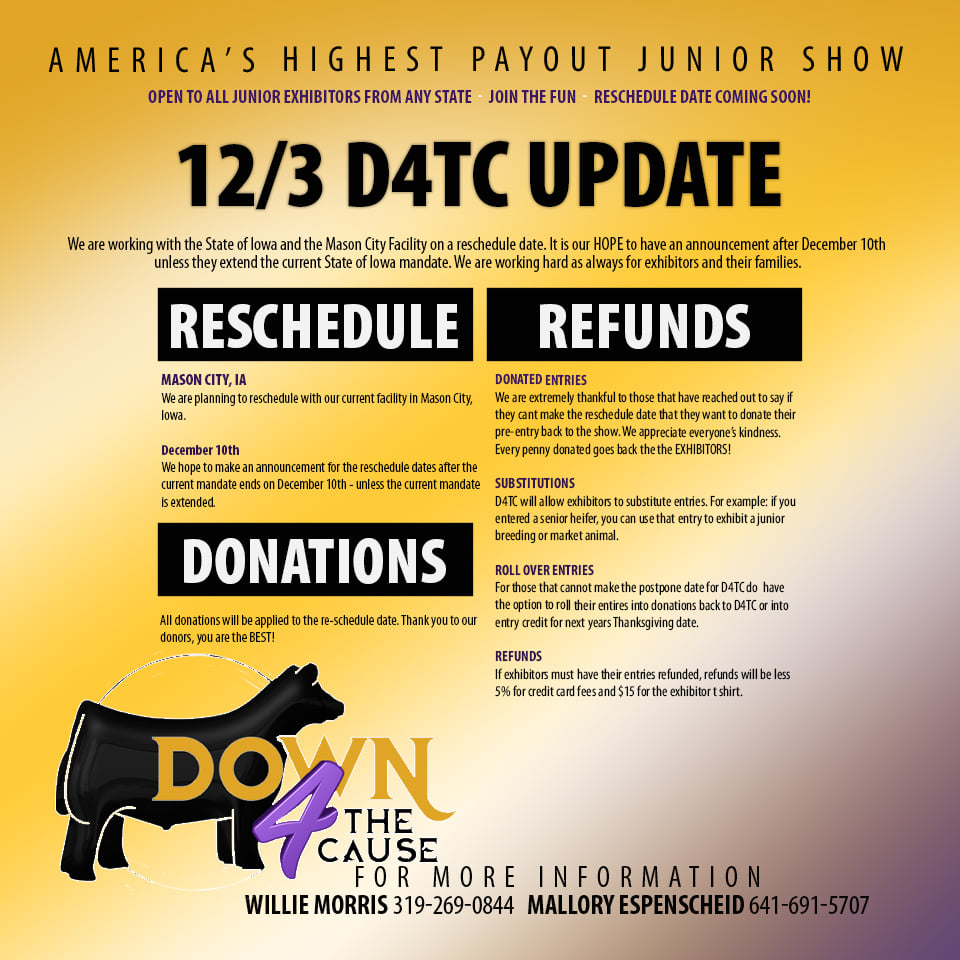 Add a little Flare to your clipper bag with the Andis Pulse ZRII – Flare Edition. For a limited time only receive TWO FREE Andis Blue Ribbon Blades with Purchase. Shop today at www.sullivansupply.com 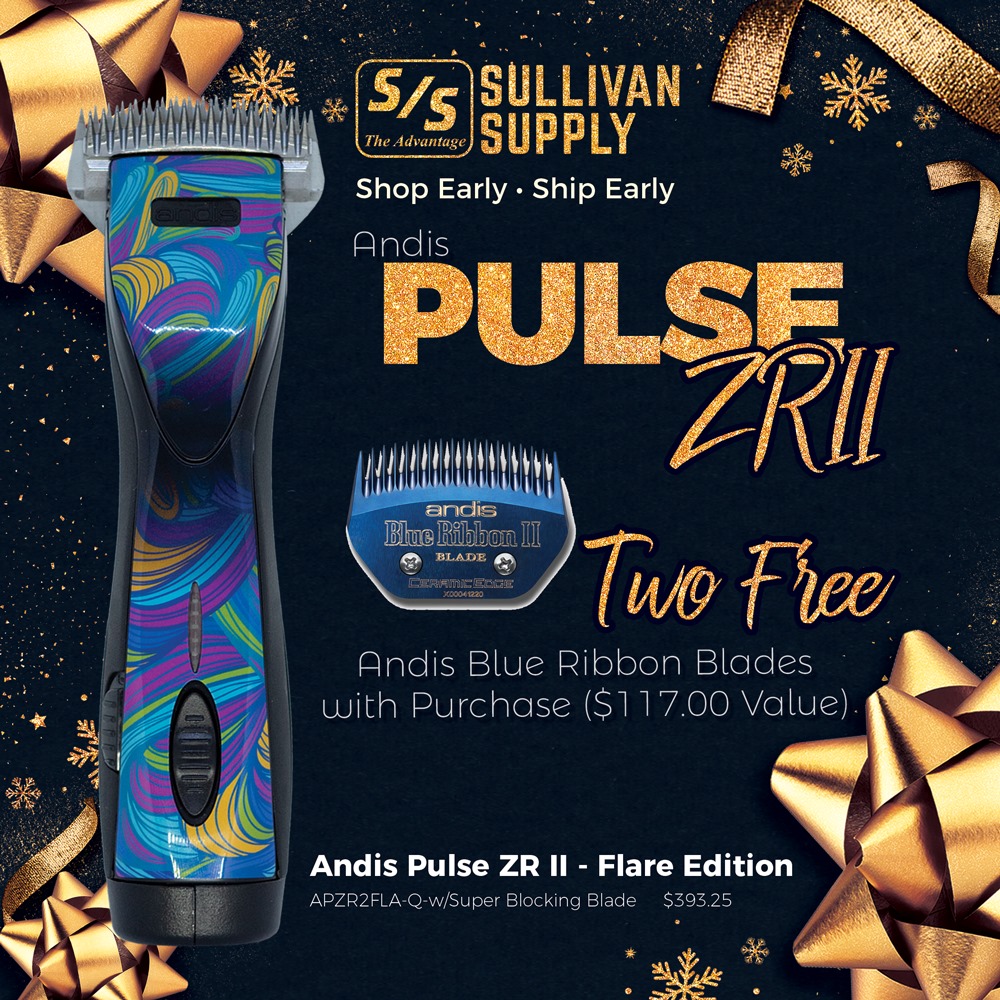 Thoughts & Prayers to the Horton Family

We have suffered a devastating loss. A young cattleman, Caden Horton of Plainview, TX, was taken from us in a tragic accident last night. Caden was an awesome young man with a passion for cattle and kids. He will be greatly missed. We are sending thoughts and prayers for the Dr. Craig Horton family. A Night on the Town Sale III | All Breed Edition 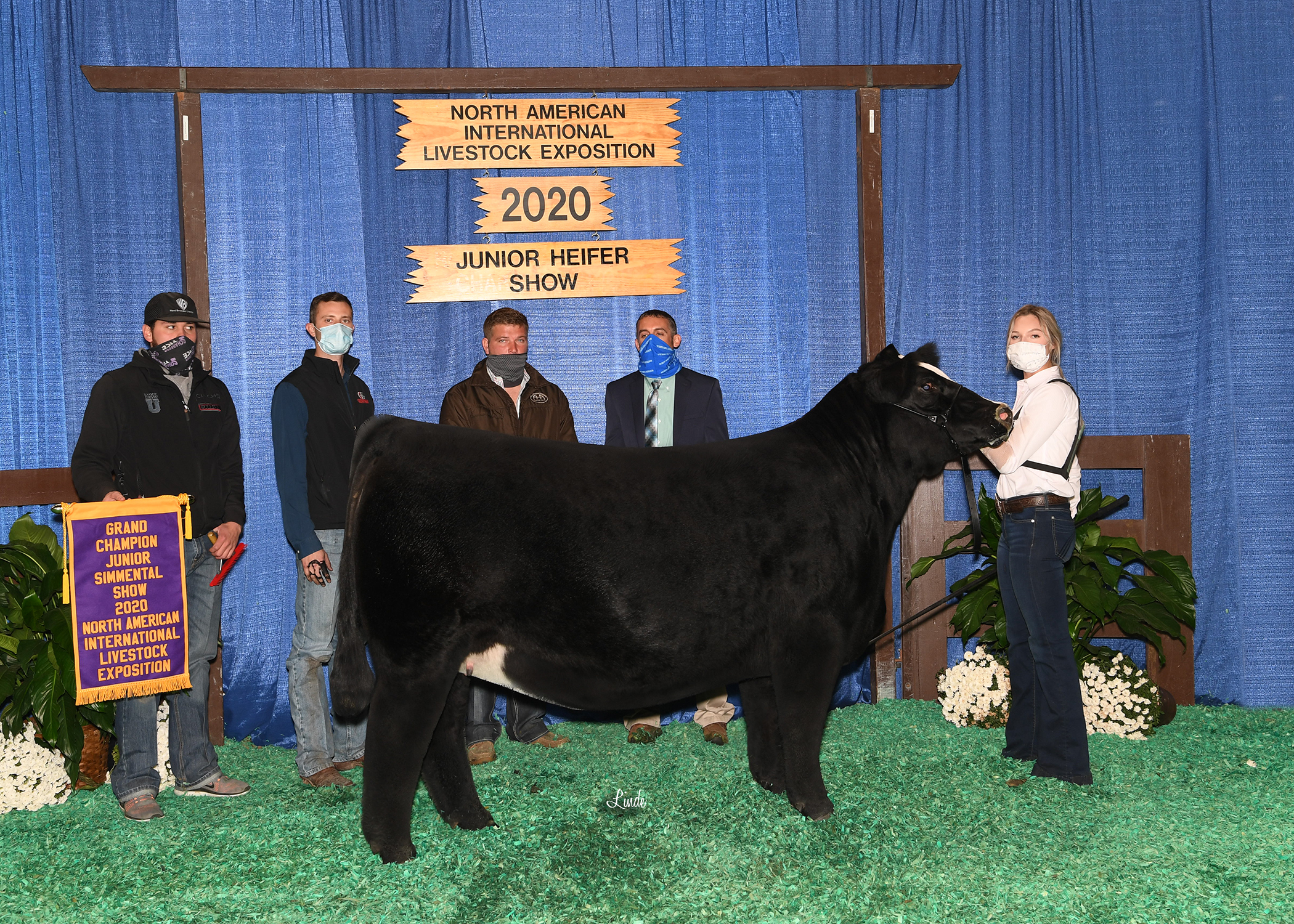 Lot 8 – IVF Flush on JASS Wheel N Deal 04G
Opportunity to acquire the first genetics to be offered on the popular 2020 NAILE Jr show grand champion purebred female, JASS Wheel N Deal 04G. Wheel N Deal in her first ever outing in the show ring she was selected as champion in the Jr show and was also selected as the reserve grand female in the open show at the 2020 NAILE. We feel that this young female is going to be a cornerstone of our Simmental program. She excels her contemporaries with her added foot size, bone work and the desired structural correctness that puts her at top in the breed. Whether you want to raise future show heifers or herd sires this female has all the bells and whistle to do just that. 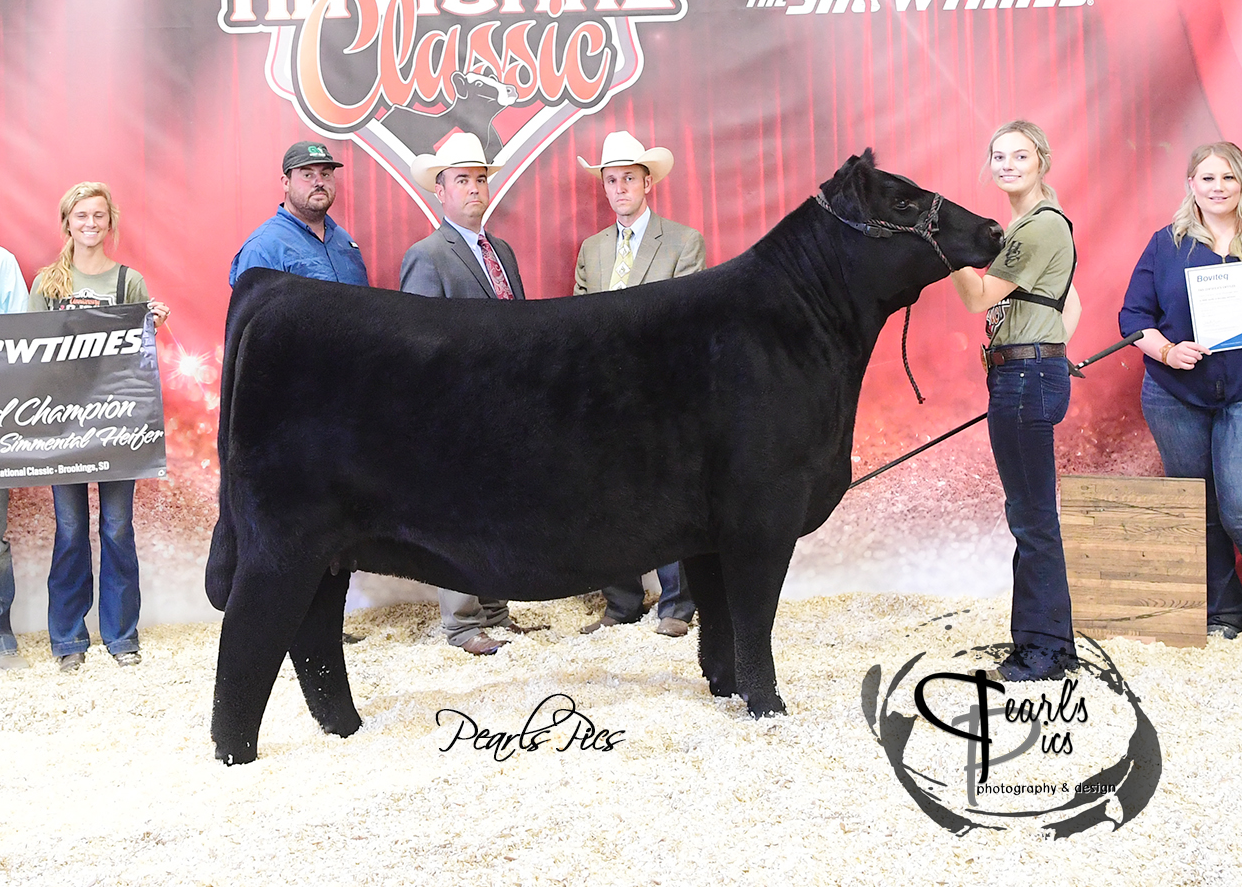 Lot 12 – IVF Flush
Big time opportunity offered from Sullivan Farms on the very popular and dominate 2020 NJHS Grand Champion % Simmental. Not only did this female dominate at the NJHS but she was also selected as the 2019 Grand Champion Bred-n-Owned Female at the NJHS. Other titles include Reserve Champion female at the 2020 NWSS and the supreme champion female at the 2019 Down for the Cause. This female combines unique eye appeal with incredible body shape and depth while setting herself apart from her contemporaries with her added foot size, substance of bone and elite structural correctness. She is truly one of the most impressive percentage Simmental females ever raised at Sullivan Farms while stemming from a very dominate cow family, DAF Reba C85. Reba c85 was a past NWSS champion herself that went on to be selected as the Reserve Supreme Champion Female at the Iowa Beef Expo. She herself has been a big time egg producer and year after year she produces elite females that have highlighted many sales across the country. JSUL REBA`S FANCY 8375F is currently fresh from calving and just started into the IVF program. She has only Been IVf’d one time and Froze 11 embryos. 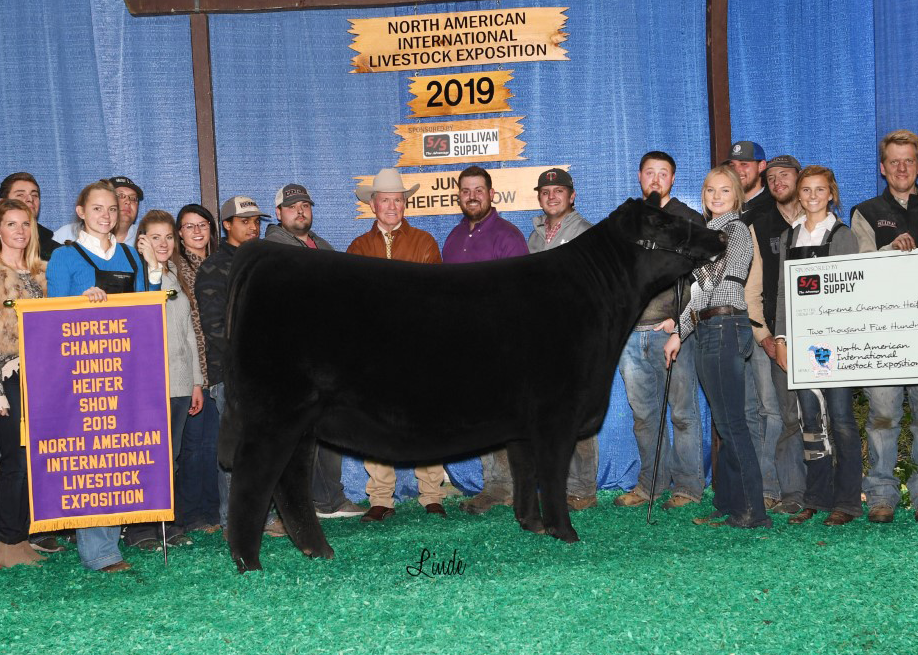 Lot 13 – Heifer Embryos
First time ever offered embryos of this mating! Not only will this mating make some of the most elite show heifers possible but the . Simmental progeny will go onto become some of the best cows available. RJ PF Rita 8288f was one of the most talked about show heifers on the 2019 show circuit. She lived up to the chatter last fall and summer as she was selected the 2019 NAILE Supreme Champion Female overall breeds, was also selected as the Supreme Champion Female at the Iowa St Fair as well as the Grand Champion % Simmental at the 2019 National Jr Heifer Show. This powerful female is truly unique when you combine her added substance and muscle shape, with structural correctness and yet she maintains that smooth maternal show ring design. RJ PF Rita 8288f sold for half interest in last year’s Vegas All Breeds Sale for $100,000. This is one of those opportunity’s that is a no brainer and you won’t want to miss out on. This embryos will be available in the next 30 days. Lot 23 – ShorthornPlus Donor Prospect
SULL Black Cherri stems from some of the most dominate genetics is the breed. Her dam, Cherri 205 was a past Triple Crown winner and has raised multiple national champion including back to back NJHS grand champion purebred shorthorn females. SULL Black Cherri 9034g was a dominate champion this summer at the 2020 NJHS were she was selected the champion Shorthorn Plus and carried that success into this fall at the 2020 NAILE. At Sullivan Farms we are finding that these Shorthorn Plus females are working extremely well when mated back with Simmental sires to make percentage show heifers. This female will add performance into her progeny while generating body, power, and added eye appeal. This female is sure to be a big time generator of high dollar show heifers. Just ask the Boyert family how their Tammy cow has worked for them in their Simmental and Chianina program. The famous donor cow “Tammy” is a shorthorn plus female just like SULL Black Cherri 9034g. Sells bred to 3ACES Skyfall 9576 (Angus); Due 1.02.2021. Sells with 1 free unit of JSUL Something About Mary Sexed Female. Sullivan Farms will retain two successful flushes on SULL Black Cherri 9034G.